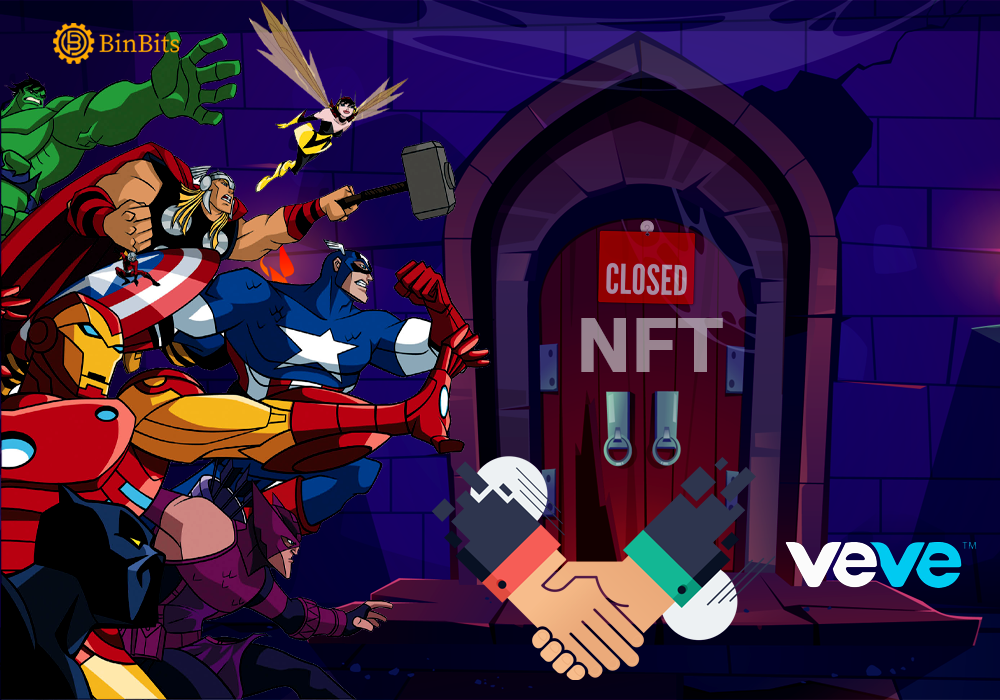 Marvel NFT partner, Veve, recently announced the closedown of its marketplace following a Tuesday’s exploit on its platform. According to reports, exploitation resulted in the illegal acquisition of millions of gems. The Non-fungible token (NFT) marketplace remains very known among mainstream brands, including Marvel, Pixar, and Coca-Cola. These brands took Veve as their official launch partner.

Veve in an official tweet relayed on Wednesday confirmed the exploit on its platform, stressing that the attackers successfully divert large amounts of gems illegally. The Marvel NFT partner reiterates commitment to ensuring that a thorough investigation is carried out in unraveling the circumstances and brains behind the exploitation. The NFT platform, possessing licensed digital collectibles, consequently closes its marketplace, deactivating the gem’s purchase options. According to the tweet, the closedown will linger until the investigation is completely carried out.

Gems as in-app tokens of Veve

Accordingly, Gems entails the in-app tokens of Veve, employed by users for the exchange of collectibles. This, however, usually manifest during drops or in the market. Initial reports indicated that the exploiters successfully carted millions of gems without having to affect any payments. This became possible via the exploitation of a bug in buying mechanism. According to a user, her friend accidentally bought gems using an already expired card and the transaction went successfully.

Furthermore, the Veve platform restrained the accounts of several users that attempted to purchase the gem from the fraudulent accounts. As of now, the NFT app-based platform failed to disclose the exact amount of gems exploited by the scammers. However, a Twitter user claimed millions of gems became exploited, a development which he described as the highest heist on the platform.

As of press time, Veve has chosen not to respond to comments on the issue
More so, the Twitter user conveyed a timeline, depicting how the events of the exploitation manifested. According to the timeline, Veve first registered the biggest 3-day buying of the in-app token gems. Afterward, a crash in the price of the token off app by half manifested. It reportedly fell from 0.5 to 0.25, which led the marketplace into maintenance.

Users on Twitter lamented the huge decline in the price of their digital collectibles over the past week owing to the exploitation
The exploits also led to a massive drop in the price of the highlighted NFTs on the platform. One of the consumers realized why their NFT worth plunged by 80% inside every week after Veve’s official Twitter publish.