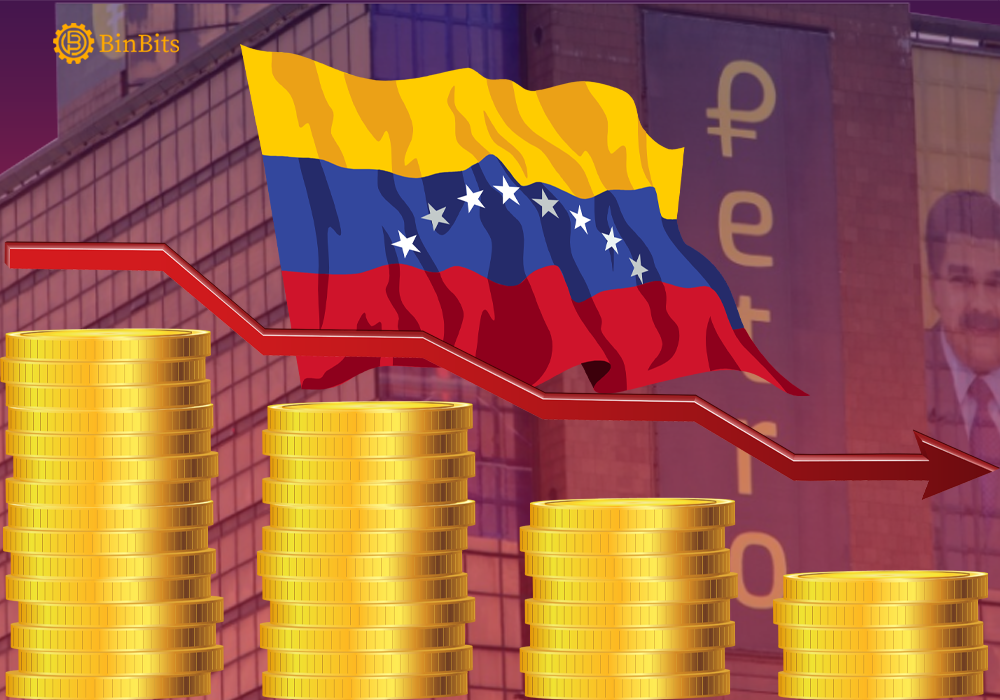 The economic situation of Venezuela

The economic situation of Venezuela is In a destabilized state, due to the hyperinflation ravaging the country. Last May, the country through the Labor minister Eduardo Pinate, increased the monthly minimum wage by 289%. This sums to an increment from 64 U.S cents to $2.40. Venezuela is struggling with the economical implications of battling inflation for the fourth year and a seventh year in recession. Venezuela can boast of having one of the biggest oil reserves but the country is struggling due to corruption and political instability.

Petromoneda (PTR) which is popularly known as Petro is a cryptocurrency launched in 2018 by the Venezuelan government. Petro is based on the DASH blockchain with its strength attached to the country’s Natural gas, Oil, and Mineral reserves. The cryptocurrency is a child of an attempt by the Venezuelan government to steer the country away from its financial struggles. It is in existence as an option to the country’s official currency.

The Bolivar’s value has dropped massively due to the inflation in Venezuela, thus prompting the government to introduce Petro as an option. PTR currently trades at $0.00123391 with a market dominance of 0.00%, But the price varies between Venezuela’s Central bank and local exchange platforms.

However, Petro has failed to live up to expectations due to sanctions from the US, and low oil prices. The country’s inability to service international loans is another major factor militating against the cryptocurrency. The success of the Petro would have steered the country away from its financial crisis and place it on a recovery route.

Additionally, the token is struggling for recognition internally and outside the country. The position of the government as the issuer makes it share huge similarities to a CBDC than Crypto. The Venezuelan government made it mandatory for pensioners to receive their pensions in PTR. PTR is struggling to receive recognition among citizens in the country because they prefer to trade without using the cryptocurrency.