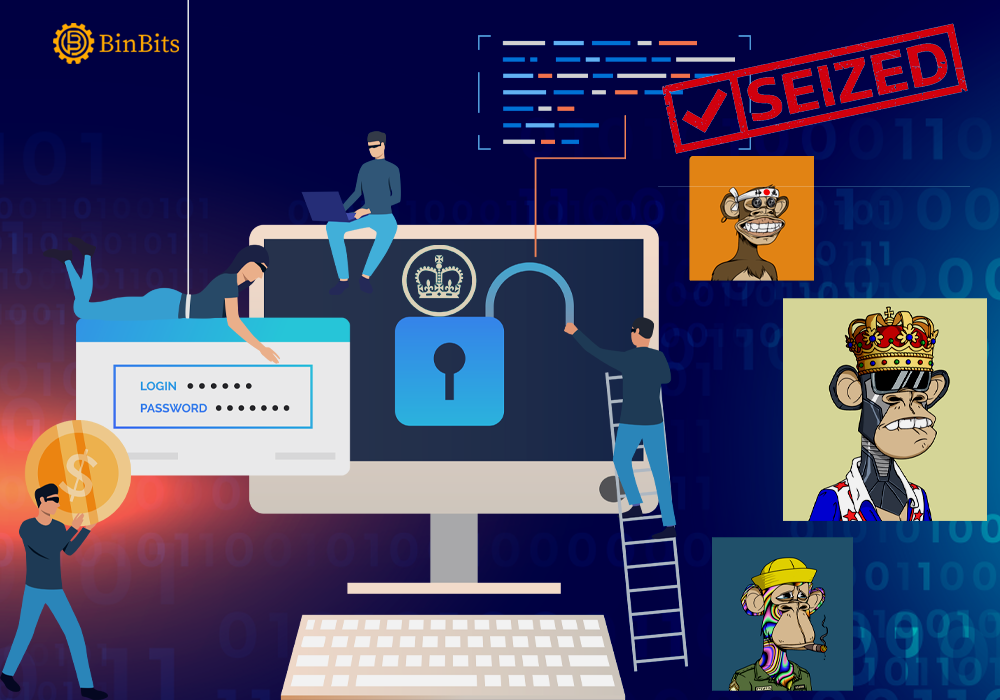 Following suspicions of an alleged VAT fraud that involved no less than 250 fake companies, the UK tax authority, HM Revenue and Customs (HMRC) has seized three Non-Fungible Tokens (NFT) in its ongoing investigations, per BBC reports. The agency also confirms that it has arrested at least, three suspects in connection to the attempted fraud of £1.4m.

According to HMRC, it became the first UK law enforcement to seize an NFT.

The agency also confirms that the suspects allegedly used “sophisticated methods” to try to conceal their identities. For instance, they used false and stolen identities, fake addresses, pre-paid unregistered mobile phones, Virtual Private Networks (VPNs), among others to engage in real business activities.

Meanwhile, Nick Sharp — deputy director economic crime, is hoping that this NFT seizure sill serve as a deterrent to anyone thinking of using crypto assets to hide money from HMRC. He said:

“We constantly adapt to new technology to ensure we keep pace with how criminals and evaders look to conceal their assets.”

Additionally, HMRC says it has also secured a court order to hold onto the seized crypto assets worth about £5,000 and three yet-to-be-valued digital artwork NFTs, while its investigation continues.

Although, NFTs are digital assets that can be bought and sold, they have no tangible form of their own. In more appropriate terms, NFT can be described as certificates of ownership for virtual or physical assets. And for the mere fact that NFTs have a unique digital signature, they can be bought and sold using fiat currency or cryptocurrency like Bitcoin.

But while Bitcoin has been hailed as a digital alternative to currency, NFTs have been touted as alternative to collectibles. And for this reason, several skeptics still feel that NFTs are a timebomb waiting to explode.