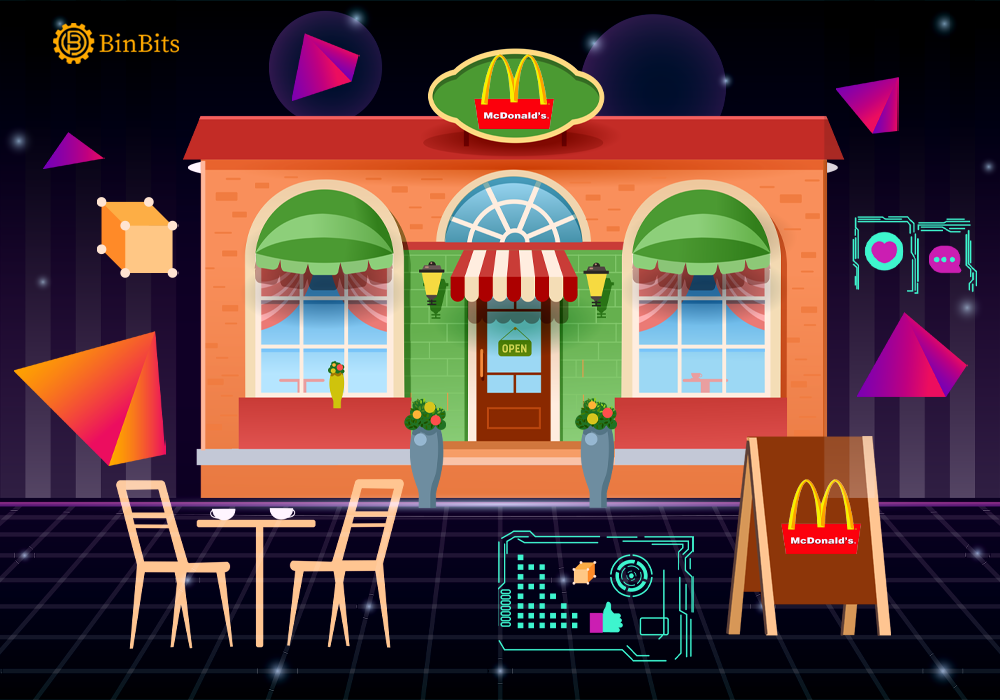 McDonald’s has reportedly filed a trademark request for digitalized goods, services as well as virtual restaurants. With this development, he becomes the latest to indulge in such application, subscribing to the evolving trend of leading companies. These companies, according to reports, remain committed to bracing up for a potential drive occasioned by the digital realities of marketplaces. However, Meta, known as the parent firm of Facebook, leads this trend and its foreseeable virtual community, known as Metaverse.

In a Wednesday tweet, Josh Gerben, a trademark legal practitioner, identified 10 applications already filed by McDonald’s. Gerben’s firm, however, remains known for tracking new trademark applications daily. Accordingly, the application filed by McDonald’s included February 4’s bid for a trademark amidst others. The application features the operation of a digital restaurant, enveloping physical and digital goods. In addition, it features the running of an online restaurant, capturing home delivery services.

More so, the bid aims to successfully trademark online actual and digital concerts, featuring other entertainment operations within a digitalized McCafe setting.

Companies that already applied for trademark before McDonald’s

McDonald’s applications, however, remain sequel to the February 3 request for the Paneraverse by Panera bread. This request, however, makes it possible to trademark the downloadable of Panera. Not only that, its digital food and beverages become potentially usable and downloadable on the digital community. This becomes only possible with NFTs and the alternative to buy tangible goods in the virtual world.
As of now, McDonald’s and Panera Bread remain the latest to brace up for the possible creation of digitalized revolution. By this, they joined other heavy industries, like Nike, Walmart, and Skechers, who reportedly made the same applications months ago.

Gerben, while speaking to Forbes, averred that the new trend remains inevitable, considering the scores of huge companies relaying their new trademark filings. The lawyer believes more companies or brands will subscribe to these filings in the next 12 months. According to him, no one intends to be the next blockbuster by fully resisting a new technological innovation underway.

In a statement to Forbes by the Panera’s company’s chief digital officer, George Hanson, the firm remains committed to working at the vanguard technological development. He further that the brand currently looks to seek new techniques towards enhancing their guest experience. This effort, according to him, will be incorporated in their cafes or the metaverse.

Gerben further that the U.S Patent and Trademark Office usually uses eight to nine months to evaluate the filings. He feels McDonald’s trademark filings won’t struggle for approval. Even though the trademarks can be employed in another virtual world, meta appears to be investing hugely into its virtual world vision than any other tech company. However, the results of such investment remain apparent. In a fourth-quarter earnings report by Meta, it gathered more than $800 million as revenue from reality labs.