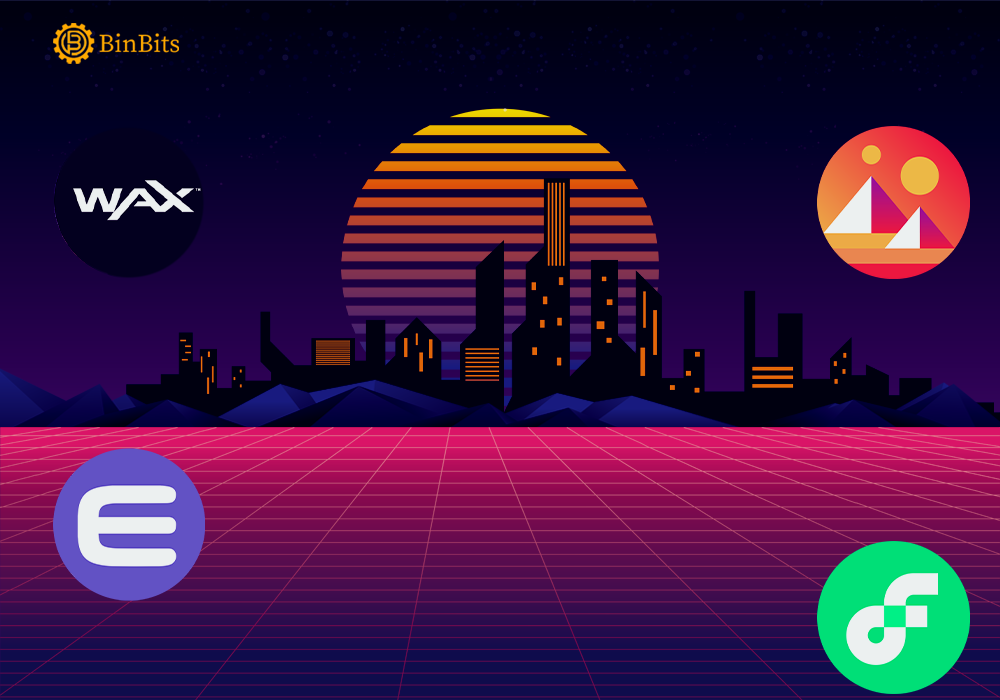 Gradually it’s dawning on us that we can’t have enough of Cryptocurrency and Non-Fungible Tokens (NFTs) projects. The industry keeps prospering day by day with a series of projects and collections on it. Each project or collection has a significant uniqueness that differentiates it from other collections. Aside from this essence, each project tends to pose a selling point to investors, thus giving them a strong faith to invest in the project. Come along, let’s walk through the Top 5 NFTs project/collection in 2022.

BAYC and MAYC Leading the Race

Firstly, the leading project on the Non-Fungible Tokens (NFTs) expanse is the Bored Ape Yacht Club (BAYC). The collection is supported by Ethereum Blockchain, with images of Apes generated by a programmed Algorithm. The Yuga Labs launched BAYC in April 2022 with over 1 billion dollars invested in the initiative and it has enjoyed backing from celebrities.

According to CryptoSlam, the BAYC holds a record of a massive $1.02 billion overall sale on OpenSea, making it a leading collection. However, the collection doesn’t look like it’s going to give up position this year, due to its increasing popularity.

Secondly, the Mutant Ape Yacht Club comes second on the list. The Mutant Ape Yacht Club is a compilation of 20,000 Mutant Apes, the collection systematically developed through the process of revealing a Bored Ape to an ampoule of Mutant Serum. The MAYC is a businesslike means of awarding Bored Ape owners new Non-Fungible Tokens. This initiative is an offshoot of Bored Apes Yacht that allows owners to produce Mutant apes by showing their Bored Apes to the serum. This collection enjoyed a remarkable 500% growth rate last year, due to increasing demand for its mother collection, BAYC. This remarkable rise is expected to continue this year as both BAYC and MAYC are void of a strong rival.

Furthermore, third on the list is the popular Sandbox. Sandbox started as a game for mobile phones in 2021, the initiative experienced a turnaround in 2018 when Aminoca Brands procured it. The moniker became an inspiration and central idea for a blockchain-supported virtual game on Metaverse, thus adopting “Sandbox” as a legal moniker. The initiative supports users without prior knowledge in programming to develop, trade, and implement distinguish Digital reality Non-Fungible tokens.

The initiative has enjoyed a ton of support from celebrities, and the most reputable Snoop, who recently organized a party on the platform. Sandbox is enduring a difficult start to the year. The project is nearing a recovery phase from the dip due to its increasing embracement among influencers, investors, and celebrities.

Fourth on the list is The World of Women (Wow) is a Non-Fungible Tokens (NFTs) collection with up to 10,000 different female avatars. Created by Yam Karkai, the project is largely the most popular female NFTs collection. It was inaugurated in July 2022. The project aims at giving more recognition to females in the NFTs expanse. During the inauguration, the creator Yam Karkai via a tweet revealed her intention of giving everyone an equal chance of making it on the NFTs expanse irrespective of their gender or status.

Lastly, Decentraland is a 3D virtual world that allows users to acquire virtual lands with Ethereum blockchain-supported MANA crypto. Developed by Ari Meilich and Esteban Orlando in 2015. Decentraland came into existence in 2017, with a plot of virtual land at the rate of $20. Genesis City is the first estate on Decentraland with up to 90,601 plots of virtual land. It became available to the general expanse in February 2020. The initiative authorizes users to nurture the land through the in-platform designer, or by admitting 3D prototypes from outward software.

The project enjoyed huge patronage in 2021, during an unusual craze for Non-Fungible Tokens. The platform can boast of hosting various real-life companies and celebrities. In the last seven (7) days, Decentraland accumulated up to $6,22,809 sales, with $425,100 as of its highest price ever.