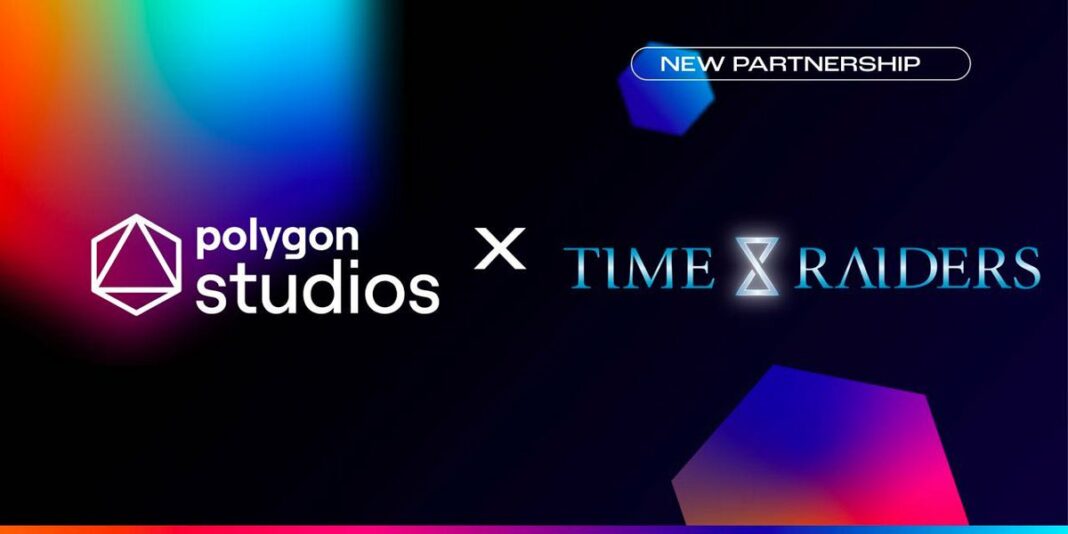 The Time Raiders gaming project was created by Utopian Game Labs and built on the Polygon blockchain. However, having always been keen on expanding its user base, this partnership affords the gaming project, the opportunity to do just that. But just like every other play-and-earn game, Time Raiders also offers players an immersive shoot-and-loot gaming experience that is filled with NFT rewards and earnings in the games native coin, $XPND.

Setting the pace for play-and-earn gaming

Blockchain-based play-to-earn (or P2E) games are known to also gift everyday players NFTs and other digital assets as rewards. But even with that, there is a lack of lustre that the gameplay in most P2Es lack. There’s also the costly entry barriers that new users are usually faced with.

So, bearing these shortcomings in mind, developers of gameplay-centered blockchain projects like Time Raiders had to step in to create play-and-earn experiences that would substitute play-to-earn titles.

Time Raiders is a play-and-earn game project with a laser-focus on the “play” part above anything else. Its game developers Utopian Labs, have a great wealth of experience and have spent no less than 20 years on the game development scene. The developers have been responsible for creating console games based on beloved franchises like Die Hard, Star Wars, and Doctor Who. However, they are also renowned for building gameplay-focused experience with topnotch visuals and a completely immersive player experience.

Furthermore, Time Raiders does not require an initial NFT purchase or a crypto wallet to join in. This ensures maximum accessibility to all interested users.

The game offers an expansive set of player-versus-environment and player-versus-player game modes as it sends users on a high-octane scavenger hunt through different time periods and historic locations.

Aims and objectives of the partnership

The Polygon Studios partnership creates a community platform for Time Raiders ahead of the games open beta test. It will also help Utopian Game Labs, which previously received an early-stage investment from Polygon Studios for the project, to add new features and levels to the project with future updates.

“Securing so much interest before we launch our open beta will only push us further to add more community-centered concepts and features to Time Raiders, including user-built levels and new game modes.”

“At Polygon we believe blockchain gaming is going to be one of the key growth pillars in Web3 over the coming years and expect it to rival mainstream gaming globally,” says Steven Bryson-Haynes, VP and Head of Business Development at Polygon.

The Play-to-Earn space has seen significant growth and we are particularly interested to see how this evolves as higher quality of games, with a focus on gameplay, fun as well as incentives begin to come to market. This is why we are particularly excited to work with Utopian Game Labs as they pioneer the Play & Earn space with Time Raiders, their time travel, NFT treasure hunt game.

Time Raiders is a fast-paced, shoot and loot, play and earn NFT game project created by Utopian Game Labs. Players travel through time to fight enemies and take their resources back to their own time to craft them into new items, sell them, or use them to power up their character and weapons. Everything in the game is an NFT that can be bought, traded, sold, or staked for Time Raiders’ native utility token Xpendium ($XPND). The value of these NFTs is defined by their rarity and in-game utility.