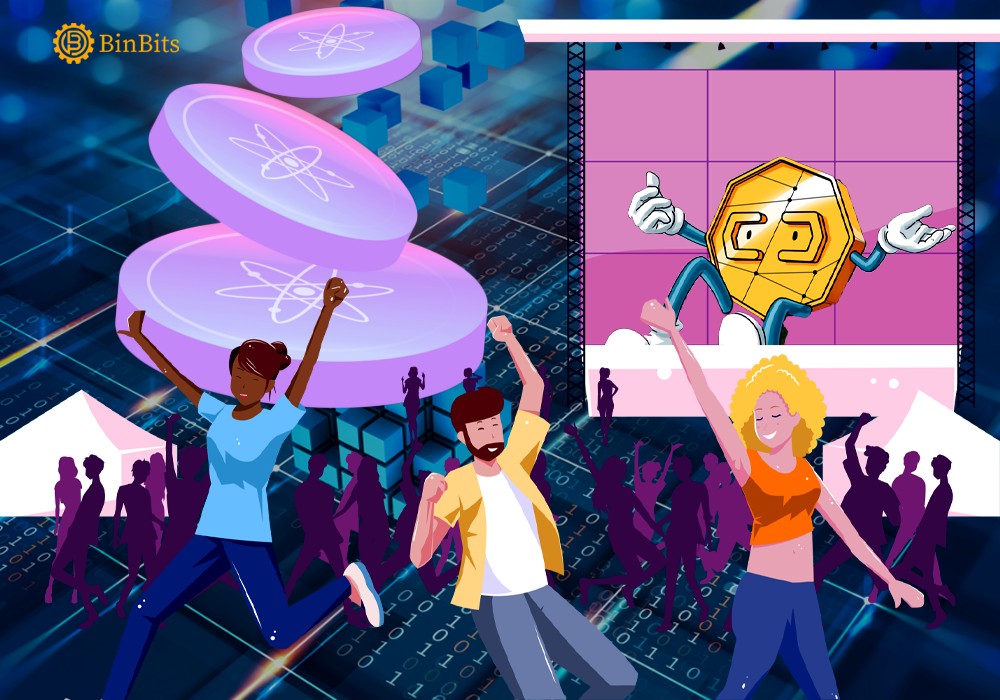 Cosmos-based liquidity staking protocol, identified as Stride, has now been unveiled on Mainnet. The protocol announced the development in a series of Twitter posts on their verified handle. According to the protocol, this developments paves the way for the staking of ATOM in the Cosmos ecosystem.

In addition, the protocol will also launch and seed two liquidity pools on the OsmosisZone. The two pools identified as STRD/OSMO and stATOM/ATOM will be launched within the next 24 hours. As revealed, customers that use the stATOM pool becomes automatically rewarded with STRD.

According to the protocol, it intends to update the pool with new features in the coming months. Also, Strides’ first post-launch update seems scheduled to come up at the end of September. During the update, stakers of ATOM stride will be able to claim their airdrop. According to the announcement, Stride will on-board OsmosisZone and JunoNetwork. In addition, OSMO and JUNO stakers will obtain their STRD airdrop.

Notably, Stride aims to provide support for OSmosisZone and JuniNetwork when they become updated. According to the announcement, both currently lacks ICA implementation. However, their developers plan to update them in the next 2-5 weeks.

Also, the Stride mainnet helps to compensate users for the staking rewards missed during the unstaking period. As revealed, the program appears designed to run for several months. As reported, users are not expected to choose between trading/DeFi and staking rewards. Both options are now accessible to ATOM holders.

However, this development comes a month after the protocol raised $6.7 million in a seed funding round. As revealed, North Island VC, Distributed Global and Pantera Capital led the funding round. Notably, the stride funding round comes amidst prevailing poor market conditions ravaging the crypto sphere. According to Stride co-founder, Vishal Talasani, Stride intends to harness the funds generated from the round in developing its offerings in the interest of users. Additionally, he revealed the plan of the protocol to hire security experts towards ensuring full-time focus on the smooth running of the

The co-founder also said the protocol intends to secure more audits since its liquidity staking possesses a unique place where it holds users’ funds. This, according to him, tends to enable the protocol to avert exploitation of the funds. Furthermore, Talasani confirmed the plan to incorporate numerous security capacities into the network to halt activities in cases of suspicious fluctuations.