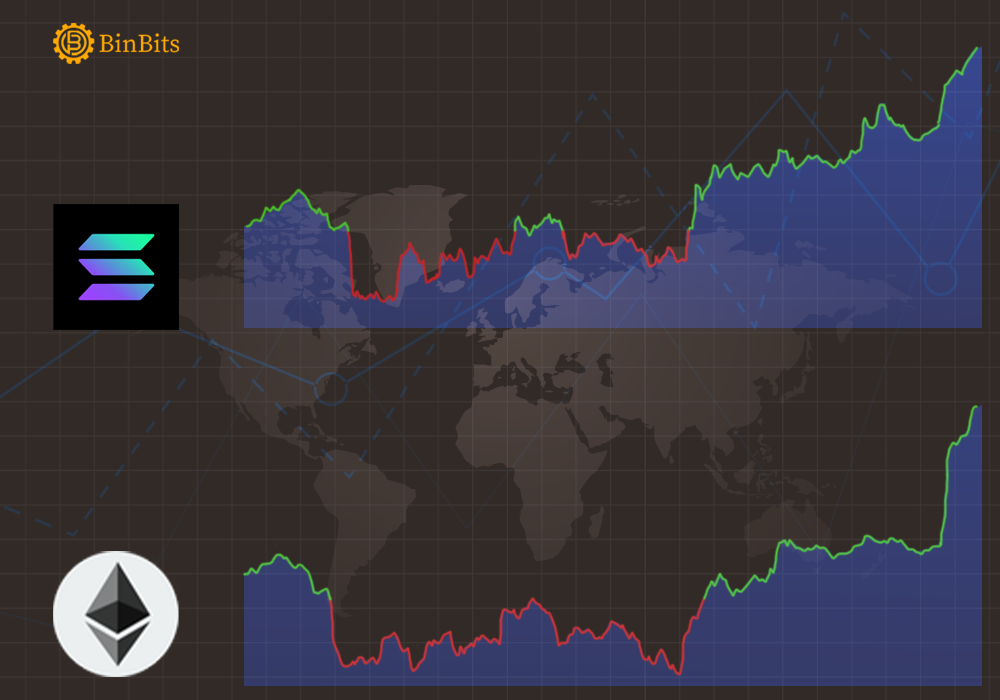 Solana and Ethereum has lost considerable market value over the last 24 hours. Ethereum fell by almost by 8% whereas, Solana recorded a 14% fall at press time. Solana had soared in the last 48 hours as the coin was seen trading above $100, at the time of writing SOL was priced at $96.

Ethereum had also recovered on its chart however, due to broader market weakness the coin dipped at press time. ETH was last seen trading at $2611.80.

Solana was trading for $96.74, right after trading above $100 mark just a day back. Technical outlook for Solana was quite bearish after the wormhole bridge hack. A Solana’s bridge called wormhole was breached for as much as $320 million. This has indeed fuelled fears in the mind of crypto investors. Soon after this breach, SOL witnessed a selling pressure.

Awesome Oscillator was depicted red signal bars which hinted bearishness at the time of writing. Overhead resistance for the coin stood at $102.27 and then at $131.58.

Price of the coin was seen below the 20-SMA line, which signals that sellers were in charge of the price momentum. On the flipside, the support level rested at $2530.66.

The Relative Strength Index was seen below the zero-line which meant that selling pressure was more in the market. MACD was bearish as the indicator displayed red histograms after MACD underwent a bearish cross-over.