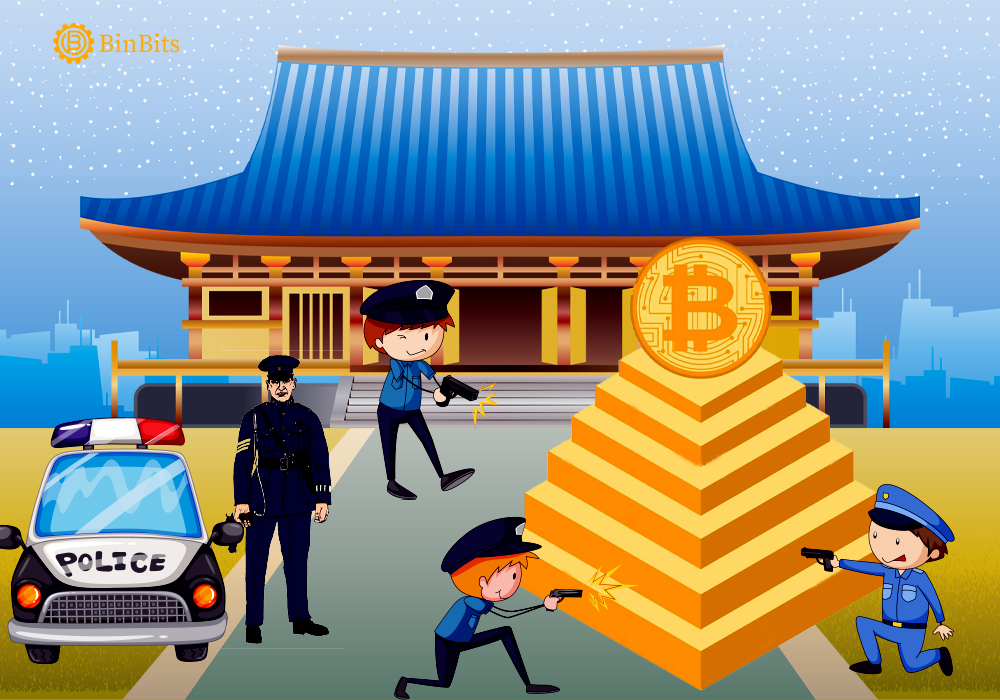 Shanghai Police has confirmed the arrest of not less than ten persons in connection with $16 million pyramid scheme. This development, however, becomes the first of its kind to be unraveled in the city. In a report by the police, the intercepted scheme manifested as a cracked case, involving cryptocurrencies and unfolding in Shanghai for the first time. The identified suspects became nabbed from Hainan, Shaanxi, and Sichuan provinces as well as from Shanghai and Beijing.

A post on the account of the Bureau’s official WeChat confirmed that the Shanghai Police Bureau recently embarked on a thorough investigation for over six months across different provinces to discover and track down the criminal ring. The Shanghai Police further realized that the suspected perpetrators started an online platform in June 2020.

The created platform became used to attract users via membership rewards as well as the promise of a sustainable income. As reported, the server of the platform became discovered outside the Chinese mainland. According to the Police, the pyramid scheme possesses a total of 72 layers.

The suspected criminals asked users to exchange their fiat currency for platform tokens in a bid for their membership. The tokens, coupled with other several promised benefits attracted users to continuously refer new accounts after their registration. The arrested scammers promised investors a reward of 10 to 100 percent on their investment for luring newcomers. However, the promised tokens devoid of market value, and their prices get regulated by the platform.

The post further reveals the creation of about 60,000 members accounts during the reign of the platform. This manifested across the 72 levels of hierarchical relationship and membership status. More so, the pyramid scheme enjoyed over 100 million yuan (US$16 million) investment.

The Shanghai Police accordingly identified the prime suspect as a man surnamed Mou. He allegedly devised a blockchain technology company, hiring a robust team to run the scheme, with investors recruited both online and offline.

The suspected criminals also revealed their platform as a unicorn in global blockchain applications to subtly market the scheme. According to the state-owned Shanghai newspaper, they organized both online and offline lectures to propagate the significance of their technology.

Despite the sustainable crackdown recorded in the community, crypto frauds still manifest, particularly in China. Last February, the Supreme Court in the Country, formally criminalized illicit raising of funds, particularly through digital assets.