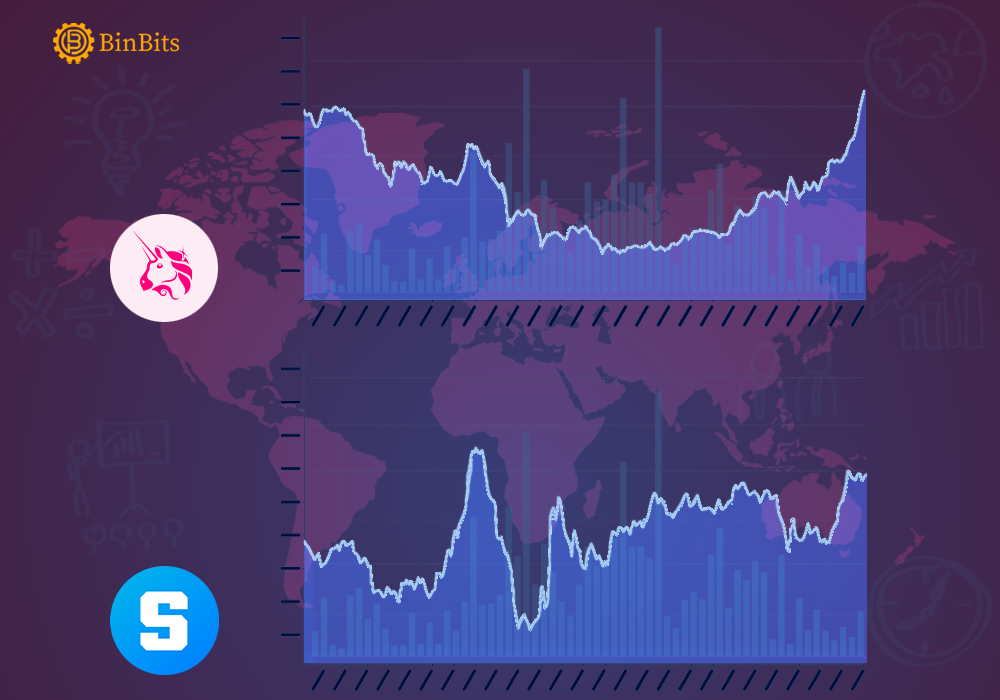 The last week or so, cryptocurrency market had seen extreme pangs of volatility. Sandbox gained more than 26% in the last week. Uniswap lost quite a bit of what it had gained, however, in the past seven days UNI had gained 1.7%.

The Relative Strength Index was seen above the half-line. This reading indicated that buying pressure shot up in the market, over the past week, RSI had struggled to rise over the mid-line. The Directional Movement Index was also positive as the +DI was seen over the -DI line, the ADX was seen below the 20 mark which signaled towards a dipping strength of the current market trend.

Chaikin Money Flow was seen above the zero-line, which meant that capital inflows increased as capital outflows decreased at the time of writing.

Sandbox was priced at $3.90 with overhead price ceiling at $3.99. Other price resistance marks stood at $5.13 and then at $6.87. Local support level for the coin was at $2.65. The coin was seen trading over the 20-SMA which meant that price momentum was driven by buyers at the time of writing. Technicals on the chart indicated positive price action at press time.

On Balance Volume remained consistent which meant that the coin had witnessed buying pressure over the last couple of weeks. The Relative Strength Index have gone up in an ascending channel and was parked above the half-line indicating strength in buying.

The Directional Movement Index was positive as the +DI line was seen above the -DI line. ADX was seen climbing up, which meant that the the trend was gaining strength at the time of writing.