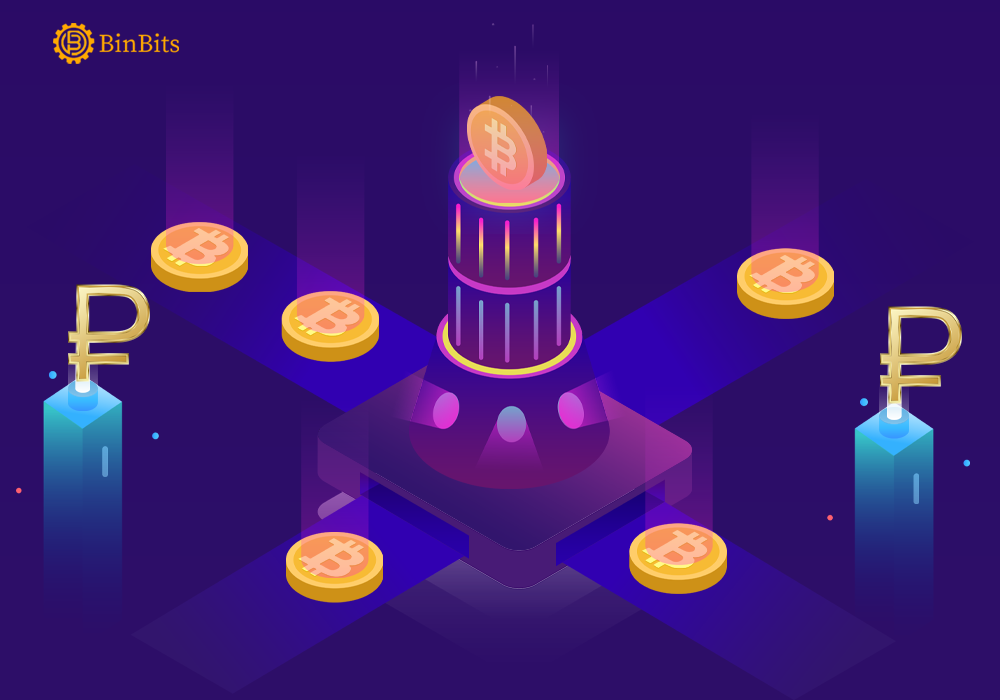 The most populous cryptocurrency, bitcoin, recently overtook the Russian ruble, after the latter crashed in the world market. This development, however, manifested following series of geopolitical incidences, marked by a high recovery of bitcoin. With this, bitcoin is now more valuable than the Russian rubble, a fiat currency used in Russia.

Accordingly, bitcoin remains within the ranks of the heavyweights of the international financial system. Currently, the indices occasioned by prevalent geopolitical events remain at its advantage.

The historic decline of the Russian ruble saw the fiat, recording its first-ever lowest low in over 30 years. In consequent of this, the world’s most populous cryptocurrency positioned itself above the ruble, especially in the world ranking of currencies, possessing huge capitalization.
Furthermore, a consistent recovery of about 15% in the value of bitcoin within the last 24 hours, dragged the crypto above the capitalization of the Mexican peso and the Thai baht.

With this feat, Bitcoin gets into the top 15 most valuable currencies, edging past countries like Saudi Arabia, Israel, and Sweden. However, the crypto still trails the Swiss Franc, possessing 29,021,260 BTC as capitalization. The Swiss franc appears as the next opponent to beat in the global ladder. However, as of the time of filing this report, the current BTC in circulation amounts to 18,971,018 tokens. In view of this, a 52% rise will help the crypto to record a new milestone in the global ranking.

Bitcoin, when compared with the market capitalization of the world’s biggest companies and communities, has overtaken the entire market cap of all the palladium enveloped in the world. The crypto currently ranks as the ninth most valuable asset in the world. By implication of this, bitcoin outshined Meta, Berkshire, Hathaway, Visa, Mastercard, JP Morgan Chase and the world’s largest ETF, the SPDR S&P 500 ETF Trust.

Now, the manufacturer of electric cars, Tesla lies ahead of bitcoin, possessing a huge amount of invested capital in BTC. More so, bitcoin still trails silver, which possesses a capitalization above $1.3 trillion. Now, the entirety of crypto market ranked #5 on the global ladder, possessing a combined value of $1.9 trillion. However, Gold remains unchallenged at the top with $12.1 trillion in capitalization.
As the war between Russia and Ukraine continues, the crypto community has already taken sides, particularly in favor of Ukraine. The Government in Ukraine recently released a bitcoin address to take immediate donations, without any threat of possible censorship. As of now, the country already received $20 million in cryptocurrencies alone to finance the war.
Russia also remained posed to benefit from the possibility, a development which consequently forced the Ukrainian government to seek censorship of the Russian user wallets.

However, bitcoin remains neutral, and its trading, continuously spiked amidst Russian citizens, hedging against the devaluation of their fiat currency.