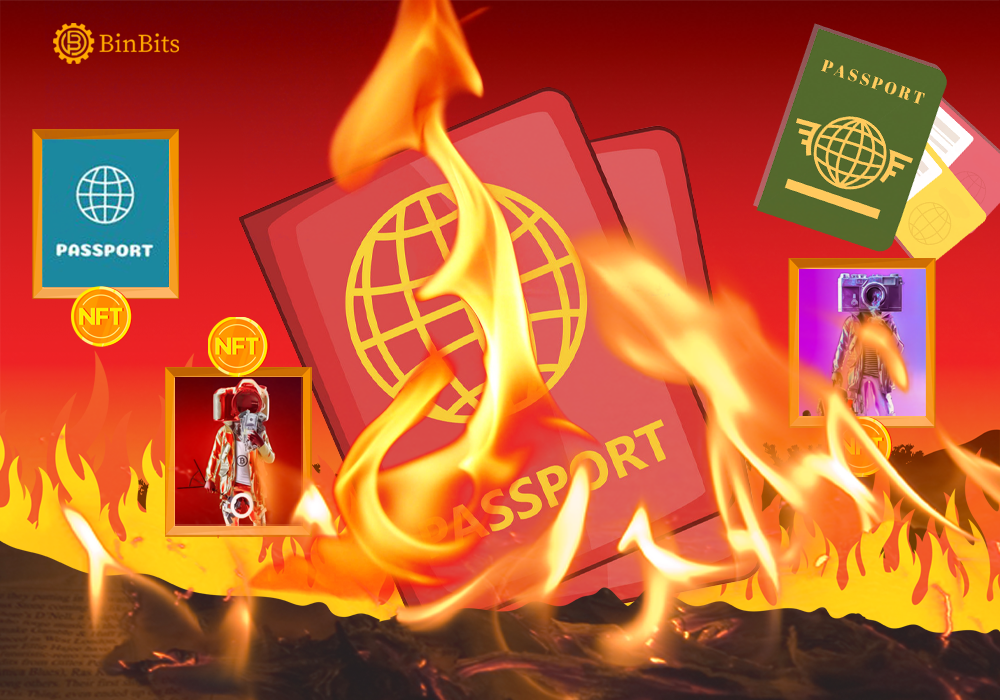 A Russian national, Olive Allen, reportedly burned her maternal country’s passport in a bid to create awareness and funds for Ukraine. Allen, an artist, lived in the United States for more than a decade. She, however in, tends to use the sales from the burning of the passport to support Ukraine.

While speaking last Friday, she identified herself as a child of a new Russia, stressing that the country remains part of her identity. However, Allen maintained that the recent actions of Russia in Ukraine compelled her to dissociate from the country. She reportedly burned her Russian passport in front of the Consulate General of the Russian Federation in New York. The artist, however, claims the burnt passport remains the only copy with her. She plans to auction the clip of the burning as NFT and send the proceeds into humanitarian efforts in Ukraine.

She further that Putin’s Russia is not her home. According to her, even though the country possesses an immense potential, the government fails people.
Olive Allen started involving in the crypto community in 2018, after the bull run of bitcoin in December 2017.

The Russian national claims her decision to burn the passport became prompted by her unwillingness to return to Russia under its current government. She further that with her action, everyone will realize that not all Russian civilians support the military action against Ukraine.

How the Russian national intends to use the burnt passport proceeds

Accordingly, the auctioning of her burning passport NFT went live last Friday on the SuperRare Marketplace. She intends to use the funds from the sales to donate Ether (ETH) directly to the Save the Children Organization. The organization manifested to assist children facing trafficking, early marriage, violence, and lack of education across the globe.

She reiterated her commitment to conveying funds to humanitarian activities, rather than the military. Now, the Save the Children organization accepts crypto donations, especially through nonprofit fundraising avenues. This becomes obtainable through Giving Block in BTC and ETH for over 7.5 million children helpless in the crossfire of war. More so, Allen disclosed that the burning of the passport makes her repatriation by the Russian government dangerous.

Generally, the decision to burn one’s passport does not amount to the automatic renouncement of one’s citizenship. As enshrined in a federal law, initiated in 2002, a person living abroad possesses the right to withdraw their Russian citizenship at free will. However, the exception to this provision becomes manifestable when the person possesses no other country’s citizenship or probably indicted in Russia. In addition, someone who incurs an outstanding obligation to the Russian Federation remains exempted from such right.