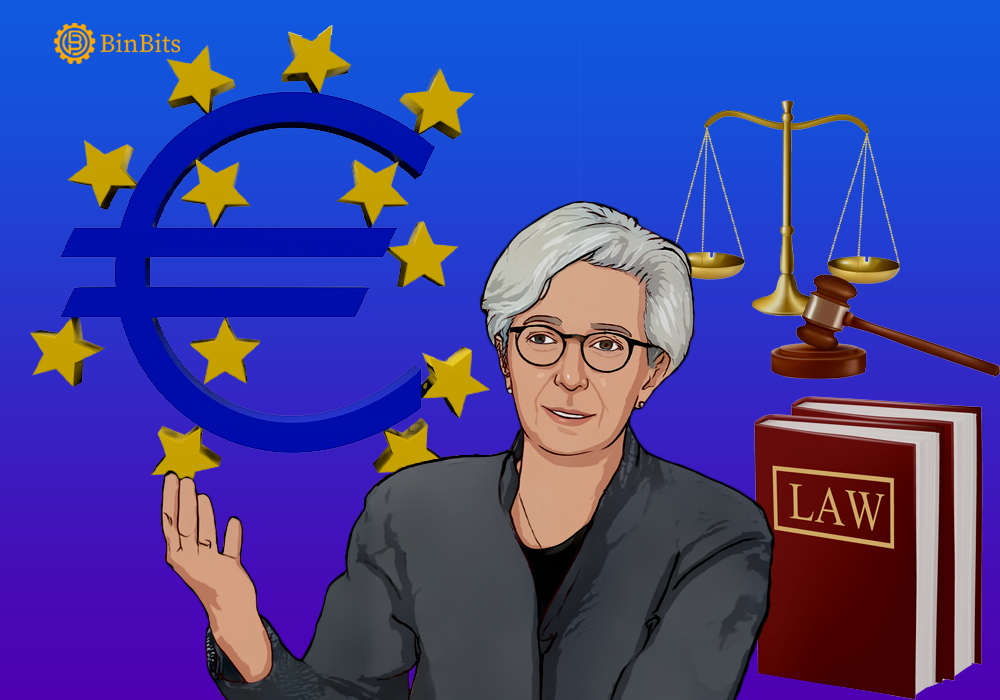 The President of the ECB, Christine Lagarde, recently demanded the crypto regulation to avert the evasion of sanctions by Russia. Recall that the European Union lawmakers imposed heavy sanctions on Russia, following her unprovoked military aggression in Ukraine territories. The report, however, revealed the usage of digital assets may help the country in evading all the imposed economic sanctions.

Given the increasing adoption of crypto, the global affairs amidst the comity of States become influenced by the digital trend. However, the ongoing conflict involving Russia introduced the conversation as regards the need to initiate crypto regulations. Russia has over the last few days, aggressively stormed Ukraine, citing the latter’s attempt to join NATO as its reason.

What led to the imposition of heavy sanctions on Russia?

The European Union, in reaction to the aggressive invasion of Ukraine territories, vehemently, imposed huge economic sanctions on Russia. However, the imposed sanctions remain unlikely to affect the country, owing to the usage of crypto assets by the government of Russia.

Having realized this, the president of the ECB, enjoying lawmakers to initiate and approve a regulatory mechanism on crypto. She made this disclosure while responding to a question as regards the possibility of Russia evading the sanctions. Lagarde further that the ECB remains committed to executing every bit of the sanctions imposed on Russia by the European lawmakers.

The ECB president, however, admitted that the usage of digital assets possesses the tendency to elude any sanctions imposed on the country. She stressed the need to enhance the regulatory mechanism guiding all digital assets.

According to her, the markets in crypto assets (MiCA) requires accelerated enhancement to bring about a regulatory mechanism, through which digital assets can be tamed.

Accordingly, the MiCA remains known as a regulatory platform, supporting innovation. The regulatory framework, also draws on the potential of crypto in a bid to preserve financial stability and protects investors.

MiCA became introduced to the European Commission in September 2020. In November, 2021, MiCA became adopted by the European council. Accordingly, its scheduled “vote” proposal on monday by the European parliament became postponed. The postponement manifested, following a claim by rapporteur Stefan Berge that such vote may be misconstrued to mean a ban on proof-of-work crypto mining.