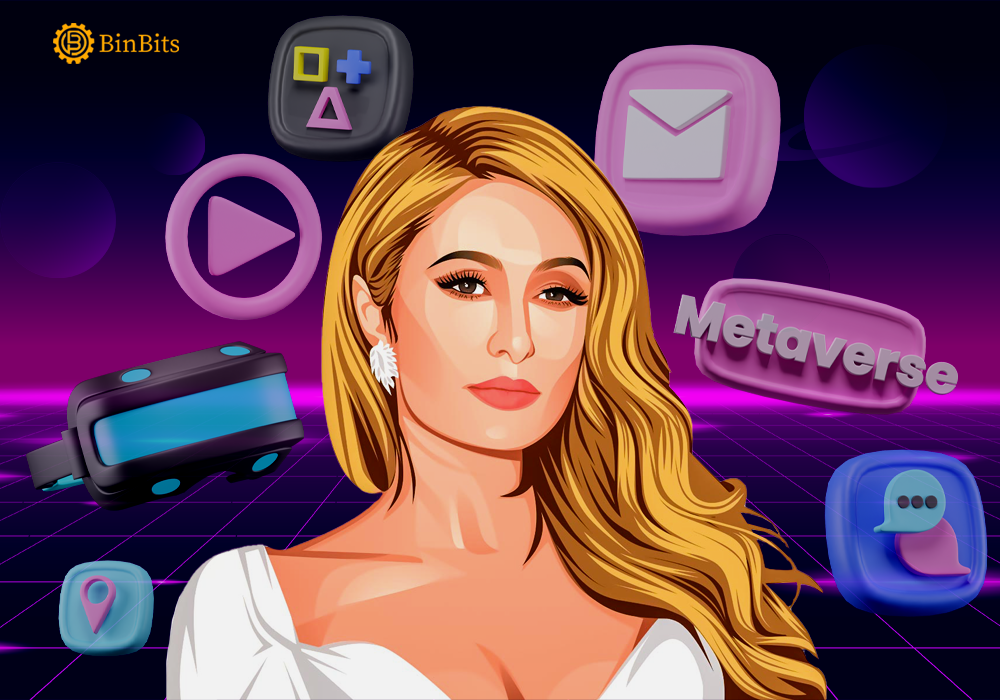 Popular American Media Personality, Paris Hilton has disclosed plans to launch her maiden NFTs collection. Hilton made this revelation today while she was on a television program with Jimmy Fallon.

She disclosed how her partnership with “Super plastic” on the origin protocol will help actualize the launching of the collection. Hilton added that holders of her collection will be privileged to a compilation of the moments she shared with her spouse; Carter Reum. Hilton went on to distribute the collection to Jimmy Fallon and other people present on the show.

Furthermore, Paris Hilton shared her background about Non-Fungible Tokens (NFTs) with the audience. She further disclosed how she became a cryptocurrency investor when she became friends with initiators of Ethereum in 2016.

Additionally, Hilton disclosed that ever since she has acquired over 141 collections of NFTs including the popular Bored Ape. Award-winning American rapper, Eminem is also a holder of the bored Ape.

Hilton experienced a breakthrough after she recorded a remarkable triumph with her reality show. She published her debut book “Confession of an Heiress” In 2004 that became a New York Times bestseller. She further attained greater heights in the entertainment industry with a major role in 2005 on the horror remake “House of wax”. Paris Hilton released her debut studio album in 2006, an album she named after herself.

However, Paris Hilton has overtly illuminated her support for virtual reality. Recently, she opined that it’s sacrosanct for humans to spend more time in the virtual world. On the New year Eve of 2021, Hilton launched her exclusive metaverse island “Paris world” on Roblox. During the launch, she entertained a group of virtual audience as a Disk Jockey.

Lastly, She also drummed support for the Paris world despite its poor outing. According to Roblox stats, Hilton’ Paris world has only enticed 63,900 users. On the island, visitors can shop, party on Hilton’s Yatch and as well visit a nightclub. She aired her hope for the development of the island by insisting that it’ll host notable occasions in 2022.