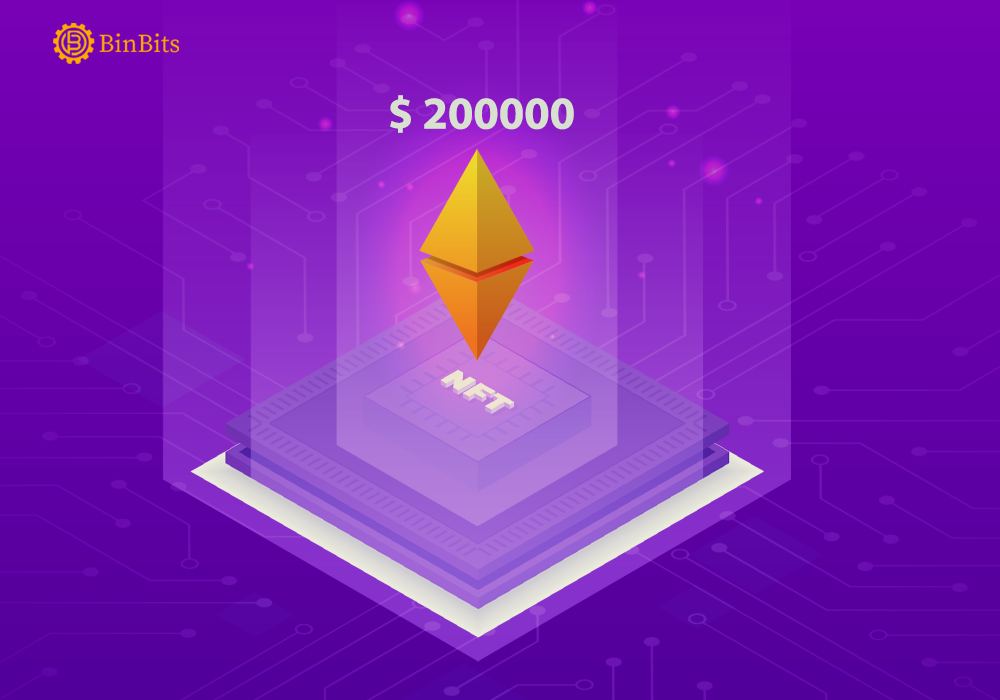 A photographer-cum-graphic designer earned a fortune selling NFTs. She garnered over $200000 by selling the tokens over 10 months.

In times when people doubt the credibility of NFTs, this piece of news comes as a welcome surprise. A Brooklyn based photographer and graphic designer scored a hit using NFTs. The lucky individual who goes by the name Elise Swopes sold her tokens over a period of 10 months. And she collectively got upwards of $200000 in sales revenue after selling the non-fungible tokens.

Her bet on the tokens came after she sold her first piece for $17,500 in March this year. In an interview with CNBC Make it, she said, “Oh my god, my life is going to change”. And according to her, life has definitely turned for the better after that.

Elise’s works mostly consist of her adding digitally created natural elements layered on top of her photos. Her very first collection, which she called the “Nifty Gateway Collection” showcased her style to the world. In the collection, she included cityscapes of Portland, Denver, Chicago, Los Angeles, New York and Atlanta. Then she added her twist to those photos by adding elements such as giraffes, waterfalls, birds, etc. The aim was to combine the urbane and the jungle in one frame.

When it comes to selling her irreplicable tokens. Swopes lists them on online marketplaces such as SuperRare and Nifty Gateway.

Swopes started her career with Instagram in 2010. And with her second consecutive strike with the non-fungible tokens, she says she can see some resemblances with her initial days.

Apart from designing and selling breathtaking NFTs, Elise is also into a lot of charity. According to CNBC, when Swopes made her first sale of the tokens, she donated the amount she got from it to the Somali Giraffe Project.

She says that whenever a piece of hers is sold she gets around 10 to 15% royalties from it. She then uses the amount from selling the tokens to cover her expenses. But that’s not all. She also donates quite a lot to charity organisations. She is also quite caring when it comes to her fellow NFT sellers. She, from time to time, buys tokens of other artists. Her collection includes the works of Brittany Pierre, another photographer and Lana Denina, a visual artist.

When it comes to her future plans, Elise says she has a lot in store. She is planning to launch a club in the coming year. The club will aim, according to her, to support women of colour through a plethora of events and programs. The club will also aim to fund a variety of different NFT projects, especially of women creators.