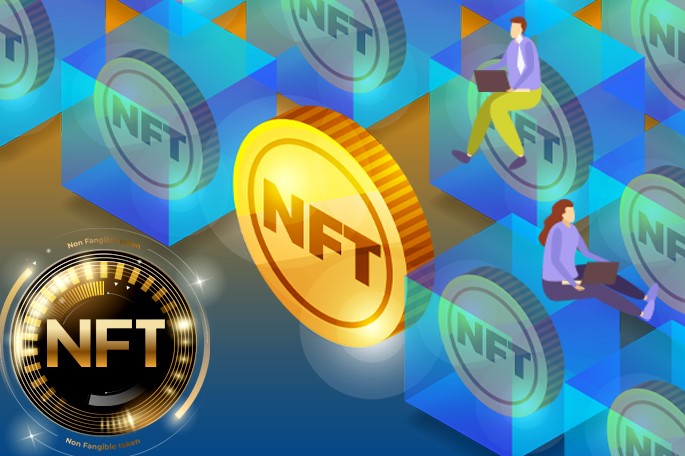 Today, we’ve got some awesome NFT related news for you. Get a sneak peek of it by scrolling down below!

Pepsi and VaynerNFT came together

On the Ethereum blockchain, Pepsi unveiled its Mic Drop genesis NFT collection, which comprises 1,893 generative styles NFTs. The number depicts the year the company was founded and celebrates it as well. With this, consumers are now required to solely pay petrol fees. From now until December 24, Pepsi has devised a queue mechanism to ensure more reasonable expenses.

The NFTs’ design is based on deviations of microphone inventive and is inspired by popular Pepsi flavors such as original blue Pepsi, silver Diet Pepsi, red Pepsi Wild Cherry, black Pepsi Zero Sugar, and more.

VaynerNFT, a consultancy under the aegis of the VaynerX holding business, is responsible for planning and creating the Pepsi Mic Drop NFT line. According to Cointelegraph, CEO of VaynerNFT, Gary Vaynerchuk told them, “NFTs will change the culture of value creation forever and they are much excited for this moment as it will help more build brand authority and will bring great value to the community as well.

As per the news, 1 Inch and Parts of Four is planning to release a Mystery Box that comprises a collaborative compilation of magic and industry on the Binance NFT platform. It will be out on the 13th of December.

22,000 NFTs have been created, of which 31 different variants are available in 7 distinct difficulty levels, each selling for 25 BUSD. The NFT Digital Jewelry Line is based on the Parts of Four Catalog and uses alchemy-based NFT techniques.

In P4’s future Greater Metaverse, there’s a game that has the main objective of obtaining and forging uncommon wearables. This game will feature this collection as well.

Before moving on to an NFT platform based on Binance Smart Chain, P4 Metaverse is planning to come up with P4C as well as an ERC-20 community token. The Parts of Four ecosystem aims to foster physical contact through embedded technology, augmented reality, and bi-directional swaps via the P4 platform.

Tom Brady dropped of Origins NFT Collection for the holidays

This collection of memories of the beginning of his football career includes resumes, stopwatches, cleats, NFL combine jerseys, and more that he created before his choice in 2000.

The catch is that the NFTs will remain a mystery until December 14, when token owners can unlock them to reveal a collectible in one of five styles and rarity tiers.

Being known as the world’s leading color authority, Pantone decided to launch the Color of the Year 2022 using the energy-efficient Tezos Blockchain around a Digital compilation of NFTs.

The Pantone Color of the Year for 2022 is PANTONE 17-3938 Very Peri. This is the first year that color was generated particularly for Pantone’s color of the year award. Polygon1993, a Paris-based multidisciplinary artist, will make artworks inspired by this periwinkle hue in order to create a digital depiction of the color.

Tezos had a carbon footprint of just 17 people in 2021, with over 50 million transactions.

Since the beginning of December, NFT sales have dominated virtual land sales in the metaverse, with sales totaling over $300 million. Digital land in The Sandbox metaverse has received about a fourth of that sum, exceeding all other products, art, and collections.