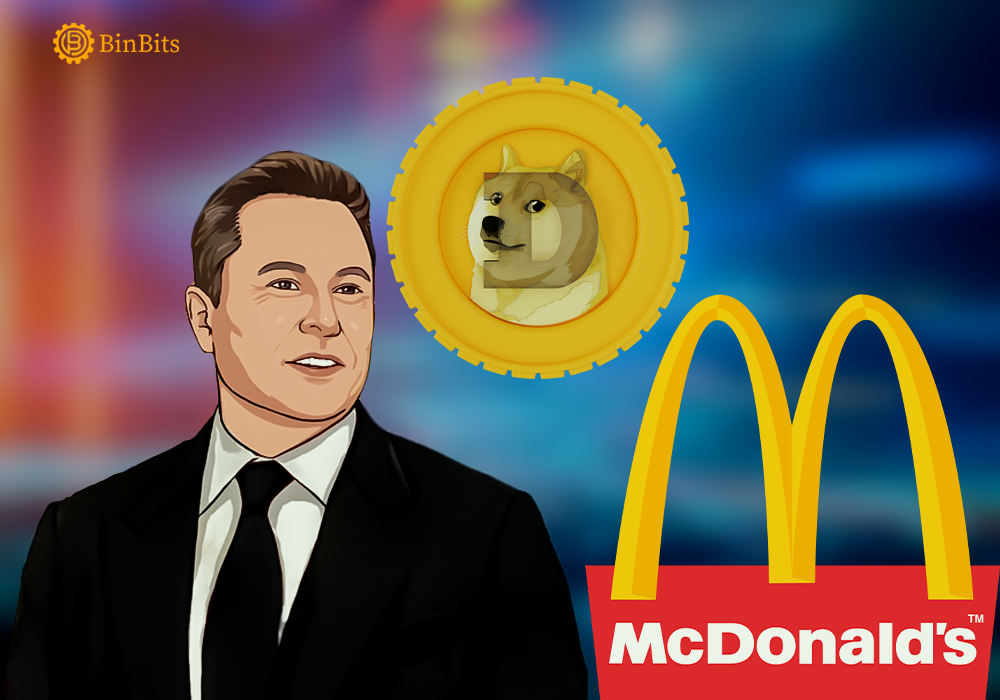 McDonald’s Faces Backlash For Response To Musk Over Dogecoin

McDonald’s has responded to the Tesla CEO’s tweets. Elon Musk wants the famous fast-food giant to accept Dogecoin as payment.

The CEO tweeted, “I will eat a happy meal on TV if McDonald’s accepts Dogecoin.”

The tweet saw over 83k likes and 14k retweets. Happy Meal is a kids’ meal package at McDonald’s. The package offers burgers, fries, a drink, and a toy.

Soon after the tweet, the Dogecoin price surged to about 5%, trading at around $0.1445.

Moreover, the Tesla CEO has always promoted Dogecoin, even going as far as promoting it over Bitcoin.

Last year, Musk even announced that Tesla would allow customers to buy some of their merchandise with Dogecoin.

This tweet comes in the backdrop of the Dogecoin co-founder Billy Markus replying to McDonald’s on Twitter saying, “I want a fry.”

The outlet replied by tweeting a picture of the mascot of Dogecoin, Shiba Inu.

Furthermore, investors of Dogecoin urged the restaurant to accept the popular cryptocurrency.

Investors even went ahead and said that they would go to the fast-food outlet frequently if they accept crypto.

McDonald’s Response To Musk And Markus

The restaurant chain did not immediately respond to Musk’s tweets, and when it did, the fast-food giant faced some backlash.

In its reply to Musk, the fast-food outlet tweeted that it will accept Dogecoin, “only if Tesla accepts grimacecoin.”

Grimacecoin is nothing but a fake cryptocurrency.

According to the creative officer of McDonald’s, Roy Bergold, Evil Grimace was initially meant to be an evil character. The character steals milkshakes from kids. However, nature failed as it became too scary for kids.

Correspondingly, someone created an actual token called “Grimacecoin” on Binance Smart Coin that raised to 261,000% and dropped soon after.

However, Dogecoin investors were unimpressed by the outlets’ tweets.

Claiming that it took McDonald’s more than 10 hours to come up with a response, investors said their marketing team has a slow approach.

The co-founder of Dogecoin, Billy Markus, calls the tweets an example of “how to make something fun unfunny.”

Investors have said that the restaurant chain has let go of a massive opportunity by tweeting a terrible joke.