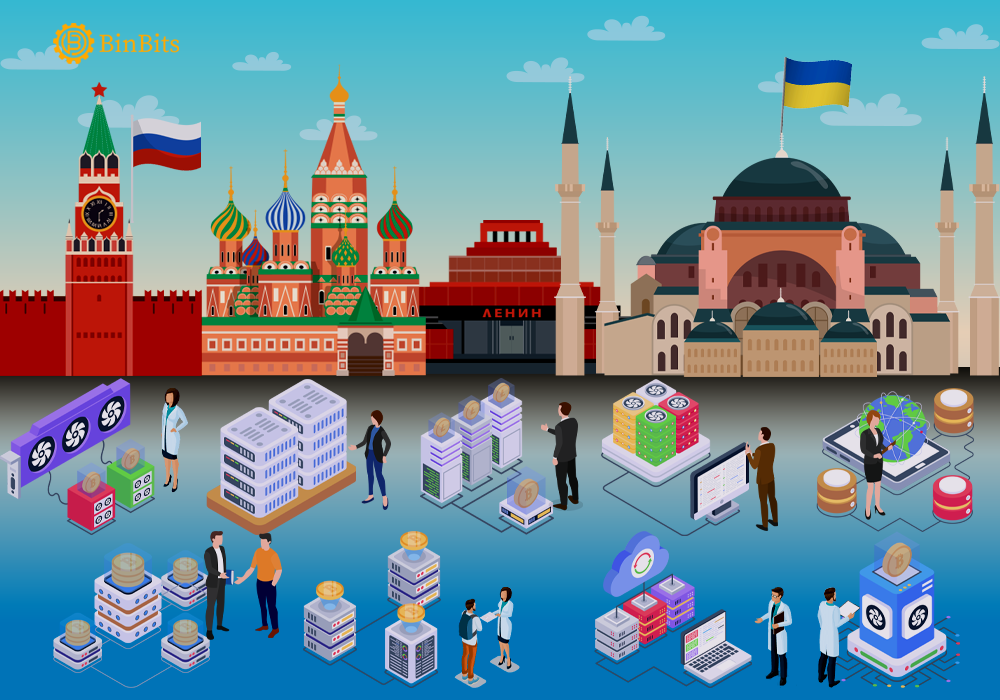 Market Comparison: How is Crypto Faring in Russia and Ukraine?

This article is aimed at doing a comparison for Cryptocurrency survival in two European nations; Russia and Ukraine.
Market comparison: The relationship between Ukraine and Russia keeps degrading and it is due to the rivalry between the two countries for ages. The countries have however taken a different approach towards the emerging opportunity in the cryptocurrency industry.

Ukraine and Russia approach to cryptocurrency

Ukraine is one of the early trailblazers that set the tone for cryptocurrency regulation around the world. September 2021, the Parliament of Ukraine signed a bill on the legalization and regulation of cryptocurrency. Last year, During President Volodymyr Zelenskyy’s visit to the U.S, he vouch for support for Cryptocurrency and Virtual Assets. He revealed that the legal innovative market for virtual assets is a conviction for investment. However, Ukraine emphasized that while the country is willing to let crypto strive in the country, it won’t go as far as El Salvador.

Recently, Russia announced its intention to adopt Bitcoin as a legal tender and regulate cryptocurrency. The government in partnership with the Central bank is working to back crypto as a type of currency. The collaboration is will manifest a bill that’ll stop seeing crypto as an asset, and the bill will be launched on Feb 18. The bill will back cryptocurrency to function legally within Russia with proper registration through existing banking structures and registered middlemen. The Russian government is just relaxing its stand against cryptocurrency. Around 2020, Russia insisted that Russians can trade cryptocurrency but it mustn’t be in replacement for Rubles in any transaction.

Furthermore, the market comparison between these two countries is clearly stating Ukraine’s higher embracement than Russia. Russia may have 17.3 million cryptocurrency owners, but Ukraine’s 5.5million is ahead on population terms. 5.5 million is 12.7% of Ukraine’s population but 17.3 million an 11.9% representation of Russia’s population is relatively low.

The two countries are currently at loggerheads, with over 100,000 Russian troops on the border of Ukraine. Russia is sternly against Ukraine’s intention of joining Nato. Russia seized Crimea in 2014 arguing it had a historic claim to it. Ukraine was part of the Soviet Union, which slumped in December 1991 and Putin described it as the disintegration of historical Russia.

However, Ukraine is currently leading the way in this Market comparison due to the use of cryptocurrency to fight against Russia. Ukrainians are raining tons of donations in a Bitcoin crowdfunding project to support Ukraine against Russia’s invasion. Elliptic revealed that hundreds of thousands of donations were made to Non-governmental organizations and serviceperson communities.

Lastly, aside from the inferior status of Ukraine compare to Russia in terms of military strength and economy. Ukraine is practically one of the most ideal markets for cryptocurrency investors to target for future projects. Both citizens and the government of the country have overtly shown their support and commitment towards cryptocurrency. Without any iota of doubt, Ukraine is significantly ahead of its all-time political rival; Russia and Ukraine are showing their neighbor how to effectively utilize the industry for defense.