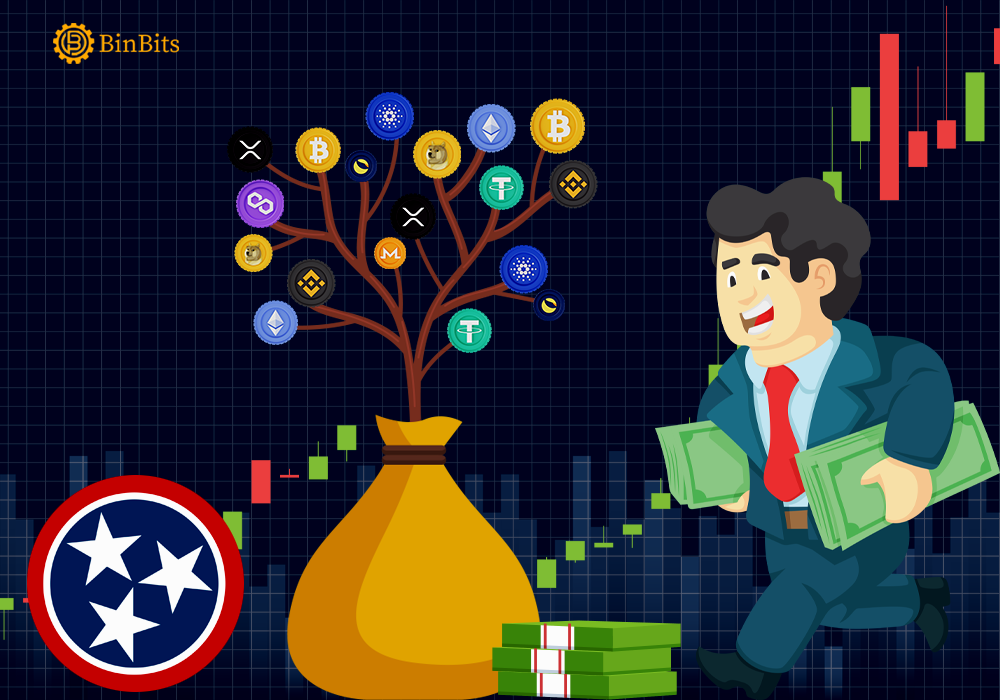 A Tennessee House of Representative, Jason Powell, has sponsored two bills to permit the State of Tennessee to venture into cryptocurrency. The bill aims to equip a county, municipality, or state to acquire Cryptocurrency and Non-Fungible Tokens (NFTs). The state of Tennessee is reputable for embracing crypto and blockchain technology. This bill will further help the state cement its status as a leading state force in crypto.

The bill describes Blockchain Technology as a decentralized Data structure with a unique system of storing numerically testable data. It further explains how it employs distributed ledger technology or data systems to distinguish data about transactions.

Furthermore, Jason Powell also Sponsored a Bill that describes NFTs as a Non-Fungible cryptographic possession on the Blockchain chain. It possesses a special detector or other metadata that differentiates NFT from another token in a way that stops it from exchanging for another token.

Additionally, Jason Powell also sponsored a bill to create a Crypto education delegation. The bill will help Tennessee figure out an excellent economic approach to crypto. The second bill would empower the delegation to sit once a month to deliberate on the economic matters related to crypto. The delegation will consist of the Commissioner of Commerce and Insurance the Speaker Tennessee House of Representatives. Other members include the Commissioner of Financial institution, a Representative from a Crypto-Oriented educational setup.

Lastly, Jason Powell is a member and representative of the Democrat party. He has been representing the Statehouse District 53 since 2013. It is located in Davidson County and includes the Nolensville Pike corridor from Berryhill to Cane Ridge in Nashville.
In 2017, As a Law-maker, he worked around the State Government, businesses, and Utilities. He has been doing in-house committee duties ever since.
The Tennessee House of Representatives is a lower house of the Tennessee General Assembly. The State parliament of the U.S State of Tennessee.