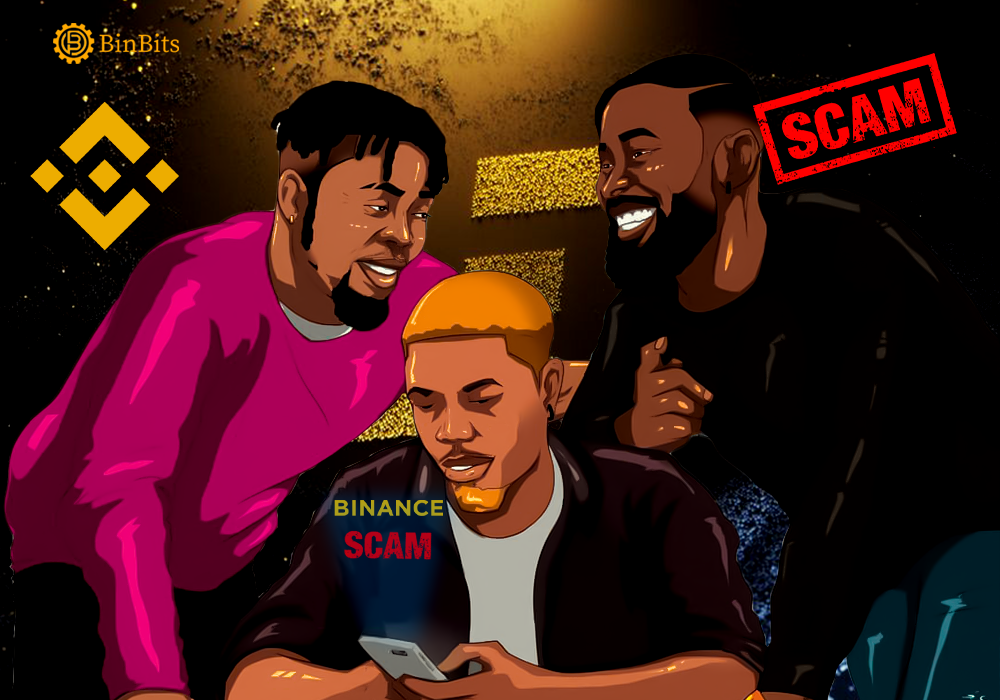 Aggrieved African Binance users recently bombarded twitter with an online protest against what they deemed “illegal” suspension of their accounts. The protesters attracted the attention of the world by trending the #Binancestopscamming on Twitter.

Furthermore, many of these protesters are majorly Nigerians, and they complained about how they lost millions of their investments to the suspension. While many claimed the problem occurred recently, others persisted that they’ve been experiencing account suspension since 2020. The Central Bank of Nigeria’s ban on cryptocurrency confined Nigerians to trade via P2P exchanges. Forcing them to trade via back-door platforms on social media to trade cryptocurrency for cash.

However, these back-door platforms, which Binance employs P2P, are highly unregulated, leaving users and investors at the brink of violating some of Binance’s regulations. Aside from breaching regulations, users are open to a high-level risk of coin theft and fraud by mischievous traders. Binance being a third-party to the illegal marriage has overtly resorted to suspension of accounts with fraudulent activities. This step is a reactive pattern to keep the operation of Binance within the legal scope of countries across the globe.

Subsequently, many of these online protesters are claiming to be innocent and ignorant of what led to the suspension. A tweet by a user “FACELESS” was indeed an eye-opener, leaving the rest of the world with a rethink.

Binance is the largest cryptocurrency exchange in the world. In 2017, Changpeng Zhao founded and registered Binance in Caymans islands.

The PR lead for Binance Africa, Emmanuel Babalola has responded to the allegations via a “Ask Me Anything” session. He revealed that 30% of the complaints are directly connected to stolen cryptocurrency. He further added that the remaining 70% are arising matters that are connected to the “Know Your Customers” (KYC) stipulations.

Overtly, Binance had emphasized its commitment towards ensuring the platform cooperates with law enforcement agencies regardless of the situation. Recently, the exchange created a platform to engage law agencies and help them track fraudulent activities on the platform. This is a strong indication that Binance gives little or no room for mischievous users and their illegal acts.

Additionally, Binance users who had experienced a permanent or temporary suspension could have ignorantly engaged in an exchange of stolen tokens. Previously stated in this write-up, many of these online protesters trade through unregulated platforms on social media. Leaving them vulnerable to receiving stolen cryptocurrency which is contrary to Binance’s stance to comply with law enforcement agencies. Thus, incurring temporary or permanent suspension on any account that receives stolen cryptocurrency.

Addressing the “KYC” policy of Binance which tends to study and understand the average value of every user through transactions. Binance tends to detect fraudulent wire of tokens if any transaction is above the user’s average transaction capacity. Taking a stern assessment into the complaints of the protesters, some complained of getting suspended after a transaction. Another possibility for suspension is based on KYC policy! You can read more about users’ complaints here.

Lastly, BinanceAfrica might find it difficult to cope with the aftermath of the outcry. Countries like the U.K, Singapore, Hong Kong, Japan, and some regions in the U.S are yet to embrace the platform. The U.S government investigated Binance in 2021 based on money laundering and tax crimes. In 2021 as well, The U.K government banned all of its activities in the United Kingdom. The exchange must be more transparent to prove that indeed, Binance isn’t scamming African Users of their hard-earned tokens.