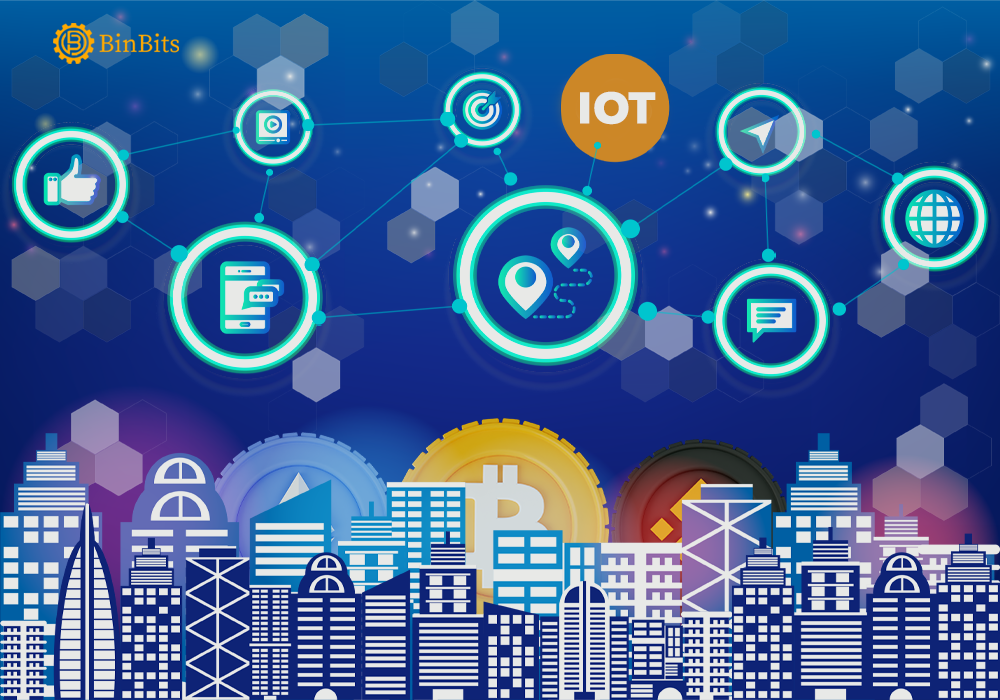 Cryptocurrencies and the Internet of Things are the highlights of the electronic age. Let’s unwind the amalgamation of both the technology. Although IoT has seen some improvements over the past few decades, it has its limitations. One of the biggest limitations is paying for services or products.

The Internet of Things is a method by which Internet-compatible devices transmit and receive information. It uses a wireless system with minimal human intervention. IoT offers many programs, such as making homes safer and more comfortable. On the other hand, Cryptocurrency is a type of digital currency that exercises encryption and decentralization. Bitcoin is the most widely used cryptocurrency, and it, like most others, is based on blockchain technology.

Internet of Things and cryptocurrencies have novel ways to complement each other and mitigate each other’s flaws. Research and discussions may provide good effects in different strategies to combine the IoT with blockchain. Using IoT crypto as a payment option makes the process much more simple. For example, it helps in setting up your smart home to buy groceries or pay your cable bill at specific times of the month.

IoT devices rely on data interchange and processing at fast speeds in the field. The use of decentralization here could improve the system’s reliability as well as the security of the data. Autonomy is critical for company efficiency. With blockchain powering IoT interactions, devices may communicate directly with one another without the need for third-party servers.

VeChain (VET) is one of the first blockchains specifically for enterprise users. The developers hope to leverage distributed ledger technology (DLT) to improve supply chain and product lifecycle management.

Due to the mix of DLT and IoT features, the VeChain network exhibits a substantial change in the global economy. For instance, DLT is mostly used by developers to improve product life-cycle management and supply chain protocols.

Additionally, it allows businesses to track a significant amount of data. Furthermore, the combination of DLT and IoT are enabling businesses to combine centralization and decentralization. It results in high-quality speed transfer, transparent flow of information, and efficient collaboration for users.

The VeChain two-token approach (VET+VTHO) is a result of allowing the cost of using blockchain separation from market speculation. The pricing is more predictable because of the correlation between blockchain resource utilization and the monitoring of VTHO supply and demand.

VET tokens are easily available for trade on a variety of exchanges, including Binance, FTX, Huobi, and others.

The combination of IoT and DLT has had a significant impact on the supply chain business. Both technologies have been adopted by all smart devices and networks around the world. In a word, DLT and IoT allow vast amounts of data to be transferred from one user to another.

Many people equate VeChainThor to software as a service (SAAS).

MXC is a technological IoT cryptocurrency that makes IoT exchanges as simple as possible. The MXC crypto-coin can be used to purchase services or items from IoT-connected devices. To make micropayments easier, the coin uses the MXC Protocol and a decentralized Low Power Enormous Access Network (LPWAN).

Anyone can buy MXC IoT crypto and use it to trade from anywhere on the planet. Without worrying about data security, you can make payments in third-party detectors or charge terminals.

Connect your devices to the Internet of Things to mine MXC coin (IoT). By allowing you to access and release data that is available, the LPWAN gateway will monetize every single device. It is important to note that the MXProtocol uses a permissionless blockchain, which means that users do not require to publicly confirm transactions.

IOTA (MIOTA) has been the first cryptocurrency to profit from devices in an IoT system to manufacture crypto units. Unlike Bitcoin, IOTA has no scalability issues and facilitates free micro-transactions for devices using the Internet of Things.

IOTA’s Data Marketplace effort aims to address a variety of issues while also making it easier to experiment with novel IoT and machine-to-machine solutions and business models. One important distinction to keep in mind is that IOTA is a distributed ledger rather than a blockchain. Tangle, the company’s patented technology, works as a network of nodes that confirms transactions. This, according to IOTA, means that the platform is faster than traditional blockchains. IOTA has no fees because there is no blockchain or miners, which means transactions can be smooth without slowing down.

It is currently the best alternative for some large data organizations since it offers a convenient and fee-free option for purchasing information recorded by Internet – of – things devices.

Which IoT Cryptocurrency is best?

The best answer to this topic is dependent on your preferences and objectives. If you’ve been using Bitcoin or Ethereum, MXC could be a great fit for you because it shares many characteristics with both of them.

IOTA is the way to go if you require Internet of Things crypto for business and free micro-transactions between IoT devices. It’s also a great way to avoid scaling problems.

Remember that the Internet of Things is a large field with a variety of ways to leverage cryptocurrency. There is no such thing as a one-size-fits-all solution, so play around with your alternatives until you find one that works best for you.