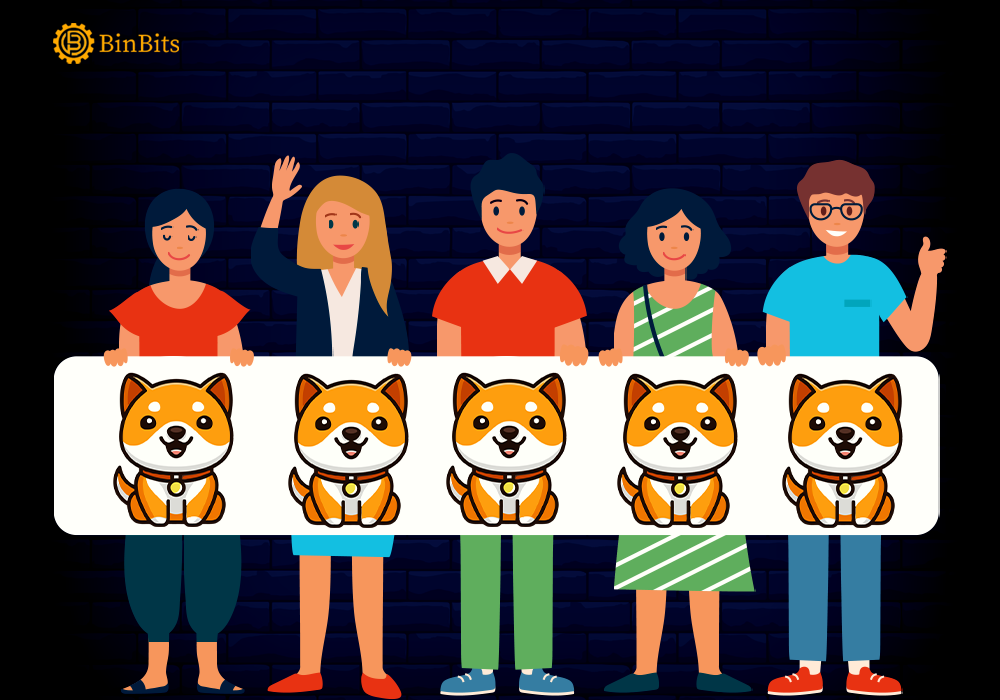 Holders of Babydoge Skyrockets to 1.325 million

Holders of Babydoge skyrocketed to about 1.325 million according to reports. Recently, the number of subscribers to the coin is on the rise. This development manifested despite a 15 percent downfall in the value of the coin.

Prior to this development, the subscribers of the coin stood at an accurate figure of 1,205,517 as at January 15. Hence, the persistent stocking of the coin facilitated the increase in the holders of the doge. With this laudable development, subscribers of Babydoge edged beyond that of Shiba Inu. As of January 23, Shiba Inu holders amounted to 1,555,141. Shiba Inu is currently on the list of large crypto exchanges.

However, despite the increasing value and awareness about SHIB, the number of holders of Shiba Inu still trail that of Babydoge. Furthermore, Whalestats reports that BNB whales stocked an overwhelming babydoge figure of 952,152,167,365,039 This stock, however amounted to a whooping $4, 137,865.

Recall that a report confirming the return of babydoge on the top 10 token list dominated the airspace last week. Today, the tokens are no longer on that list according to reports. However, as at the time of filing this report, babydoge is evolving at $0.000000003987. This is an indication of a significant decline by 15.53 percent in the last 24 hours

As it stands, reports confirm a circulating supply of 160 quadrillion babydoge currency. However, pancake swap (v2) remains the most active babydoge exchange coin.

First and Foremost, baby doge is a digital currency designed to be consistently scarce over time. Report confirms that investors in the coin will earn more baby doge. This, is however, usually relayed automatically to the wallets of the investors. However, the baby doge industry gathers more coin from the amount gotten via all active transactions

In addition, the first holders of Doge also increased to 460,007. This development, however, manifested by the announcement by Tesla boss, revealing the firm’s intention to allow people purchase products on her official website with dogecoin. This, consequently pushed the coin price to about 20 percent. However, despite the increasing adoption of the coin, its prices have continued to decrease by 5.2 percent.