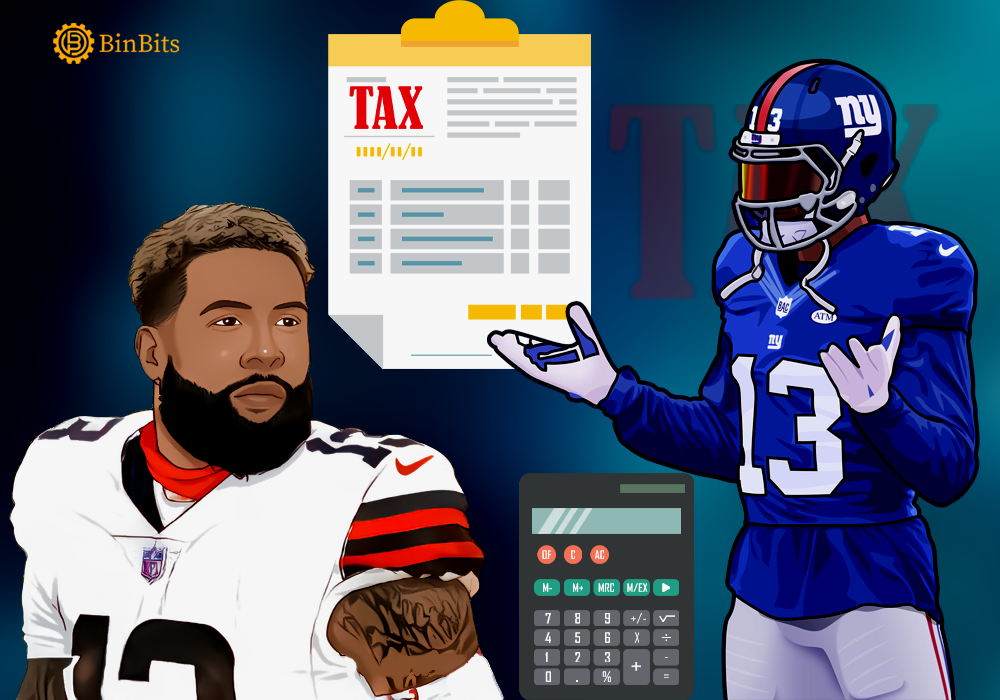 The NFL players on bitcoin salaries are now affected by the high tax and market crash now obtainable in the crypto community. One of the stars in the league, Odell Beckham, however, regretted his decision to subscribe to such a method of payment. This is a result of the massive tax associated with cryptocurrency payments. He emphasized this as enough warning to those considering their payment in the coin.

Recall that Beckham Jr approved the payment of his $750,000 takehome in Bitcoin in his new deal in November 2021. He, however, regretted this decision following the high tax and market crash implications that have ravaged the coin. Beckham, reportedly made an estimate of 61 percent less than the usual salary he would have taken home via fiat. This, however became obtainable due to the erratic crypto tax laws and prices.

Beckham, however, penned a $750,000 year contract with Los Angeles and consequently decided to take his salaries in bitcoin. He disclosed this during his promotion post on Twitter.

This ardent debacle, consequently reveals the tax issues and difficulties associated with acquiring a take-home in digital currencies. However, these complications became obtainable owing to the payment of the worth of crypto when received as tax by investors. Investors of the digital currencies make tax payment in line with the received worth of the currency and not its value whenever they make tax returns.

First and foremost, complications arising from crypto taxation had existed overtime. However, as crypto continues to enjoy patronage across the globe, the complications lingers. In the last crypto winter, several investors encountered massive taxation, owing to the value of those crypto assets when acquired.

Prior to his decision to pen the one-year deal, bitcoin, reportedly attained its biggest value of $69,044. Now, the coin has unavoidably declined by about 46 percent from that feat and now at the value of $36,972. An analyst in the sport business community, Darren Rovel, however maintained that Beckham took the wrong decision with his salary. He further that the player’s current full salary reduced to $413,000 from $$750,000. Accordingly, he receives the equivalent of one bitcoin ($35,000) within ten weeks. This development is, however, considered to be a low when compared to an amount of $90,000 he would have received within that period via fiat.

More so, tax firms want all investors to reveal the worth value of all crypto assets received. This development, however, inflict investors with a massive taxation, especially when the value declines before effecting their tax return. Just few years ago, the director of Australia Crypto Tax firm in Adrian Forza disclosed that an investor paid five times worth of his crypto asset. He, however admitted that taxation issues in the crypto community manifested from low understanding of tax laws amidst its investors.