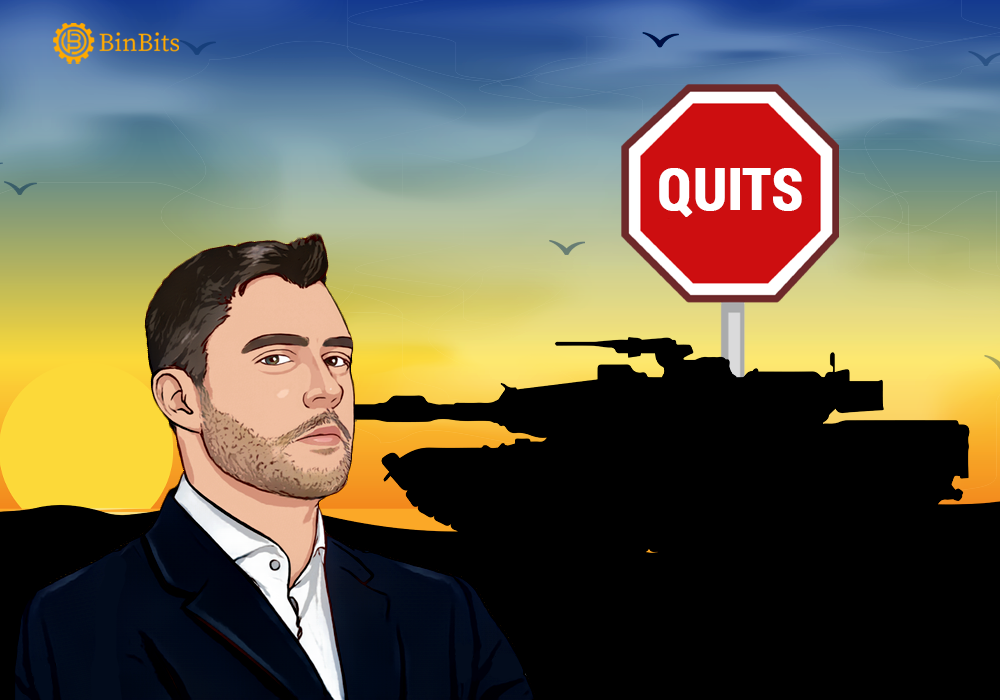 Andre Cronje has left the DeFi space. Touted as the ‘godfather’ of Decentralized Finance, Cronje announced his departure through his longtime colleague on 6th March. Cronje even went ahead and deleted his Twitter account.

While tweeting about their departure, Anton Nell announced that they will terminate their association with the  25 DeFi apps and services operating under them on April 3rd, 2022. Post this announcement, Fantom and Yearn Finance saw a 20% and 10% price drop respectively.

However, Yearn’s Total Value Locked has stayed steady at $3 billion. But Fantom’s TVL is down by 40% at $7.16 billion.

“So Sick And Tired Of This Space,” Said Andre Cronje

However, Cronje’s departure is no surprise. In 2020, Cronje said in an interview that he was “close to rage-quitting”. Moreover, Cronje complained about DeFi’s toxic community saying that he was sick and tired of DeFi.

For the unaware, Cronje is a DeFi software engineer. He is a prominent name in DeFi circles and his contribution to the crypto community is quite significant. Moreover, Cronje is a fintech expert from South Africa. Also, he is the founder of yearn. finance and Keep3rv1 protocols.

Additionally, Cronje and Nell will discontinue their association with the DeFi apps operating under them. Some of these include yearn.fi, keep3r.network, multichain.xyz, chainlist.org, solidly. Exchange, and bribe.crv.finance.

Also, Cronje and Nell’s departure announcement was met with mixed reactions from the DeFi community.

While some members expressed sympathy for Cronje, others were not so happy. Some sympathetic investors said that the duo needed a mental break from the taxing DeFi world. However, other investors have pointed out that Cronje’s departure has led to the fall in token prices and TVL tanks.

But many have said that the consequence of Cronje and Nell stepping down won’t affect the day-to-day operations of Yearn Finance.

One of the lead developers of Yearn Finance, Banteg, tried to assure investors with his tweet. He said that, “People burying YFI, you do realize Andre hasn’t worked on it for over a year? And even if he did, there are 50 full-time people and 140 part-time contributors to back things up.”

Kong said that both Cronje and Nell are “terminating” their involvement with the project but handing over the workings to existing teams. So, most of the projects will not close down for development since they have been working independently for years.

Another reason for Cronje’s departure is said to be due to the stress that came with managing his latest project Solidly. The core members of Wonderland and Abracadabra. Money were to handle the marketing work of the project. However, some members quit to handle the crisis at Wonderland, and Cronje was forced to be the face of the project.