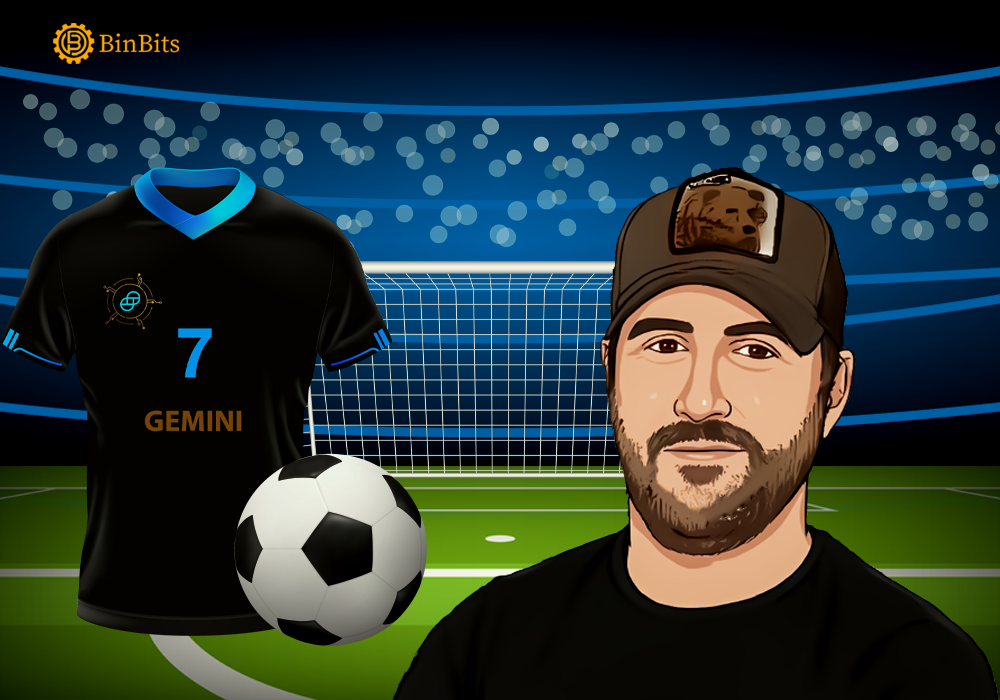 One of the leading crypto exchanges, Gemini, pledges sponsorship for a local football team, identified as Real Bedford FC. Peter McCormack reportedly owns the club and looks towards qualifying for the premier league. Before this development, McCormack initiated a new financial mechanism for the effective management of his team. He, according to reports, wants the football club to run using the bitcoin model.

The announcement by Gemini that it has signed a major sponsorship deal with the club means the crypto exchange joins the list of partners supporting McCormack’s team. McCormack bought the club last December as Bedford FC but chose to rename the team as Real Bedford. The new name will take effect after this season. He has since continued to transform the non-league team through indoctrinating bitcoin into every financial operation of the club. This means bitcoin remains incorporated in every commercial activity like merchandise, endorsement, educational programs of the club, among others.

Gemini Crypto Exchange, based in New York, pledges sponsorship to the club following consultations with all the big European teams. The Gemini logo will be placed on the club’s jersey with this deal. However, in a statement by McCormack of the club, football excellence and a robust local economy will be actualized owing to the subscription of Bedford into national and international audiences.

How the team fared before this deal

Before now, the local football team entered into a deal with Kappa for its 2022/2023 jerseys. The team expects this development to enhance the club’s revenue flow. Since the club’s takeover by the bitcoin bull, it reportedly galvanized lots of partners, especially from the heavyweights in the Crypto world. Today, the club’s current partners remain Blockfi, Gemini, Compass Mining, Casa, Hut 8, and Fortris.

In addition, McCormack prioritized the growth of the club’s fan base and recorded £500.000 sponsorships and £250.000 via discussion. By this development, his crypto-oriented vision for the club helped enhance a huge fan base for the team, especially amidst crypto apologists.

Primarily, non-league teams only rely on commercial income acquired through their locality. However, McCormacks decided to subscribe to a wider audience, especially the bitcoin community. This appears to be yielding well for the club. Presently, Real Bedford now boasts over 10,000 followers on social media platforms and 40 international supporters clubs.

The club recently pledged to make all games free for the next two seasons and widen its infrastructural structure. However, the expansion of the club’s infrastructure will bring forth youth, women’s, and reserve teams. As things stand, the club will not consider unsubscribing from its NFT integration. It remains a team on a bitcoin mechanism. This, however, means both short and long-term investments of the club remain in Bitcoin.