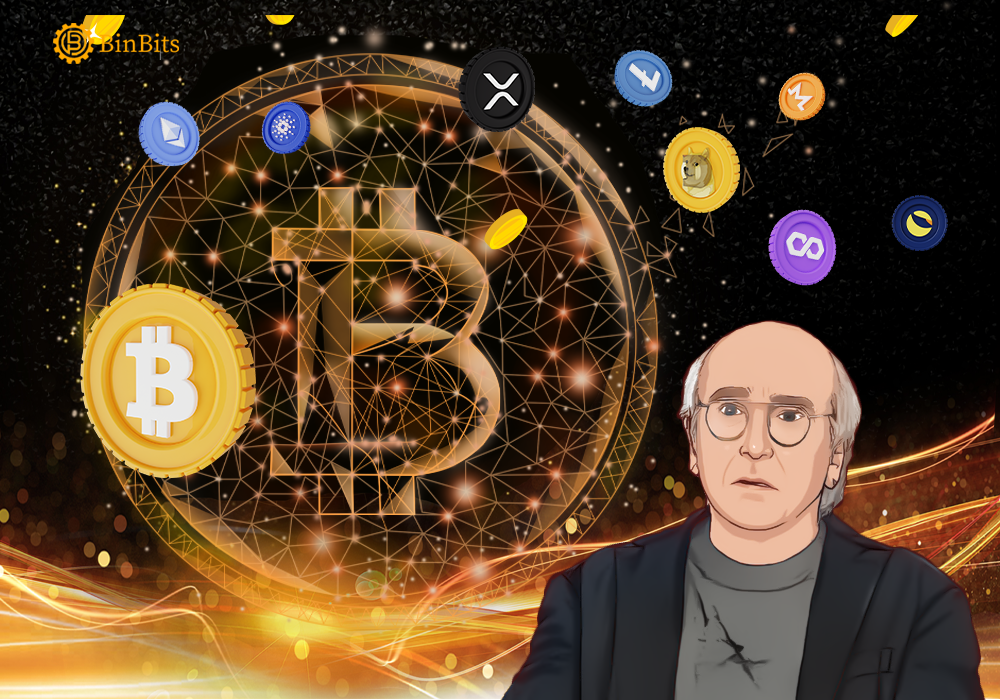 Crypto exchange platform FTX got Larry David to make his commercial debut for a Super Bowl ad. This was FTX’s first advertisement at the Super Bowl. The platform was able to do the unbelievable – get David to star in a commercial.

Larry David, the creator of Curb Your Enthusiasm and Seinfeld, has never appeared in a commercial before. However, the FTX ad director could get the comedian on board.

The ad director of the commercial was none other than David’s longtime creative partner on both Seinfeld and Curb Your Enthusiasm, Jeff Schaffer. Moreover, the commercial crypto ad appeared on Sunday during the Super Bowl.

“Who Better To Belittle The Sum Of Human Achievements?” Says Schaffer

He belittles inventions like the wheel, the fork, the electric light bulb, Walkman, and even American Independence in the ad.

After he disregards most historical discoveries, some one suggests investing in cryptocurrency. David, skeptical of the new technology, says, “Nah, I don’t think so.”

Furthermore, he adds, “And I’m never wrong about this stuff. Ever.”

When David rejects crypto, the FTX commercial closes with a warning. It advises the viewers, “Don’t be like Larry. Don’t miss out on the next big thing.”

In an interview with Variety, Schaffer said that FTX already had an idea for a commercial where David dismissed the product. Furthermore, he says, “This was the first idea that came by that was perfect as it was. Who better than Larry to belittle the total of human achievement and be wrong.”

FTX says that using David’s skepticism for crypto is a winning marketing strategy.

Moreover, Schaffer adds, “Every invention has its skeptics, and Larry is a proud voice of those people.”

However, the Super Bowl ad was met with mixed reactions. While some lauded FTX’s ability to convince David, others complained about the continuous celeb push towards crypto. There has been a dramatic increase in the number of celebrities promoting cryptocurrency to the audience.

According to Jeff Schaffer, the commercial was shot in January 2022. Moreover, David requested FTX not to tease the commercial beforehand. Crypto exchange platforms like FTX, Crypto.com, Coinbase, Super Bowl offer them the chance to access a vast audience.