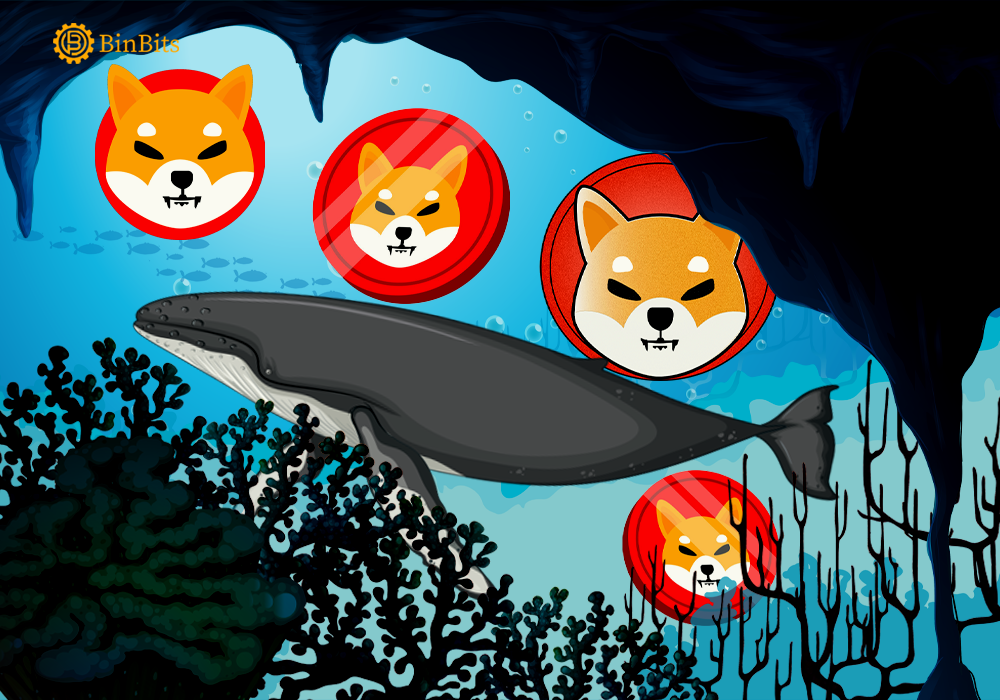 A new report by WhaleStats manifested the procurement of over 47 billion SHIB tokens by a Nameless Ethereum Whale. The unknown investor set a record with the procurement by emerging as a leading SHIB token owner, as the wallet currently ranks 15th among top SHIB investors. The investor previously own up to $100 million SHIB tokens prior to the acquisition. This recent development further strengthens the increasing question about why Ethereum whales are moving to acquire the Shiba Inu coin.

Furthermore, Transactional reports reveal that the Ethereum Whale now owns up to $116 million worth of SHIB tokens. Further disclosure revealed that the wallet possesses up to $600 million worth of various virtual assets that are connected to various sources. Which includes giant social media Twitter, and Youtube, including Adidas. Other virtual assets sum up to %15 of Ethereum Whale overall investment in cryptocurrency, and they are worth up to $186 million. These assets include investments in SAND, Matic, Ethereum, and others.

The investor’s largest investment is on the Addidas Metaverse, and it is worth up to 500 million by approximation. The Investor’s wallet is momentarily residing in an uptrend. With an outrageous growth from $610 million to $1.1 billion within a few days.

Additionally, Ethereum is the second biggest cryptocurrency on the market cap. Concerns are over why Ethereum Whales are acquiring more SHIB tokens. WhaleStats revealed that almost the top 1,000 investors of Ethereum are moving to possess the SHIB coin. The price of the SHIB coin dipped down to more than 70% in the last 90 days, majorly due to the overall fall of value in the cryptocurrency industry recently. The coin has experienced somewhat of a turbulent time lately, and it hasn’t been near its latest price since last October.

Lastly, Shiba Inu is gradually embracing the gaming industry as part of its future strategy. Shiba Inu Games recently partnered with Gaming developer William Volk to build the Shina Inu metaverse. The pending project flies the moniker “Shiberse” also known as “Oshiverse”. The increasing tension surrounding Russia’s invasion of Ukraine is gaining ground, and it’s having a toll on cryptocurrency. Shiba Inu has dropped as high as %10, but recently it recorded a recovery of 6% in the last few hours. Shiba Inu currently trades at $0.000027. The price of Bitcoin also hit $38,000 for the first time in recent weeks.