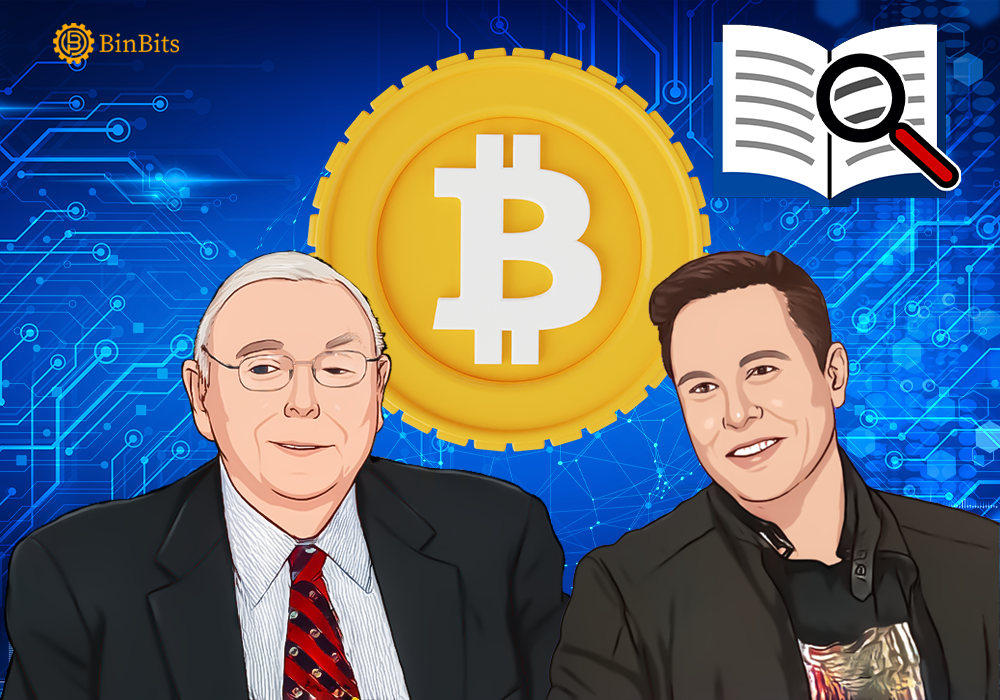 Elon Musk Replies Charlie Munger over his Criticism of Bitcoin

Space X and Tesla CEO Elon Musk has replied to Charlie Munger, the Vice-Chairman of Berkshire Hathaway; over his recent controversial comment on cryptocurrency. A Twitter handle @zerohedge quotes Munger as saying “He is proud of not having invested in Cryptocurrency; saying it should be banned. He also likens it to a venereal disease”.

Replying to the criticism in a tweet; Elon Musk recalls how Munger once dismissed the idea of Tesla’s success back in 2009 – saying that it would fail. Musk says although it made him sad; he agreed with Munger’s reasons but also told him that it was worth trying even if they may probably die.

While reacting to Elon Musk’s story of persistence and endurance at building Tesla; against the criticism of such a serial and experienced investor among others – Microstrategy CEO, Michael Saylor tweets “nothing ventured, nothing gained”.

The top officials of Berkshire Hathaway are always outspoken concerning their hate and disgust towards cryptocurrency. Also during the same interview with Yahoo Finance; Munger claims to hate cryptocurrency. He also says he wishes the United States Government bans it like the Chinese.

Before Munger’s latest comment, when asked his view on Bitcoin and Tesla during an interview in February 2021; he claims there is no supremacy between the two commodities – as he compares them to a louse and a flea.

Furthermore, the interview also shows him reiterating that their company wouldn’t follow Tesla’s move of going into Bitcoin. He says the company has no such plan, as of February 2021.

Remember in 2018, during the company’s AGM; Warren is quoted as saying “Bitcoin is probably just a rat poison”. His description of Bitcoin as a rat poison makes Pantera Capital’s CEO, Dan Morehead describe him as a Bitcoin naysayer.

When news broke in October 2021, Elon Musk is now worth $236B; richer than Bill Gates and Warren Buffett combined – both having $130B and $103B respectively. Elon mocked Buffett by asking him to invest in Tesla.

Even though he once praised Elon Musk for doing remarkable things, Buffett is still choosing not to invest in Tesla.

The Berkshire Hathaway Vice Chairman had also once described Elon Musk as being excessively confident. Claiming that a man who overestimates himself should never be underestimated. That it is those people who find extreme successes because of their overconfidence in trying extreme things.