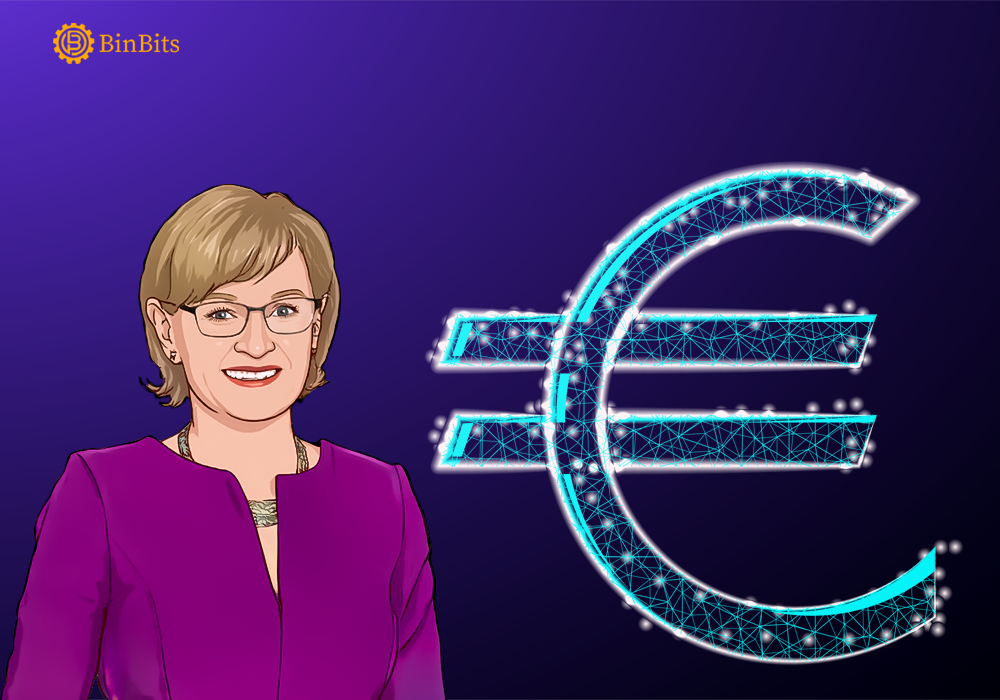 The finance chieftain, Mairead McGuinness officially announced that the digital euro bill will be coming to the limelight by early 2023. According to him, the European legislature will consider the proposal geared towards digitalizing the euro currency next year.

In an initial report, the finance chief of the union revealed the commission considered a digital euro bill at a fintech conference last Wednesday. According to the commissioner for financial service, the commission intends to table the bill in early 2023. A planned parliamentary consultation scheduled hold in the coming weeks.

Now, the European Central Bank (ECB), already commenced the experimentation, designs as well as strategies of the digital euro. Accordingly, its prototype remains expected by late 2023. However, the approval of Eurozone governors remains mandatory for the implementation of the planned digital euro. The governors must incorporate the seal of approval on it before it can be executed. As soon as this becomes manifestable, the issuance of the digital euro remains inevitable by 2025.

Furthermore, the digital currency remains a currency of a central bank (CBDC). Accordingly, it becomes a financial tool employed by the various apex banks around the world. The heightened demand in CBDC manifested owing to the increasing concerns as regards the threat posed on domestic currencies by the growing popularity of cryptocurrencies.

An executive board member of the ECB, Fabio Panetta, in mid-november pushed for the execution of the digital euro, stressing others will take it up if they fail to do the needful.

Outputs of Researches Conducted on the Introduction of Digital Euro

Recall that the European Central Bank after a well conducted research, published a report on cryptocurrencies in 2021. The published report, however reveals that a digital euro likely to aid lower interest rates, accelerate transaction processes and decline cash usage.

In separate research embarked upon by the UK economic affairs committee and the Apex Bank in Germany, it became clear that the majority of sampled respondents oppose the creation of digital euro.

This, however, sends a signal of a potential battle between the apex bankers and the public. The research cited doubts of benefits and fears of government snooping as reasons for the opposition by the respondents.
As things stand, Kenya began seeking public input on a digital currency. In Thailand, the implementation of regulations for a future retail CBDC has commenced. More so, the Apex bank of Bahamas already out their CBDC, identified as Sand Dollar two years ago. In China, the first-mover edge in crypto the world remains sustained.