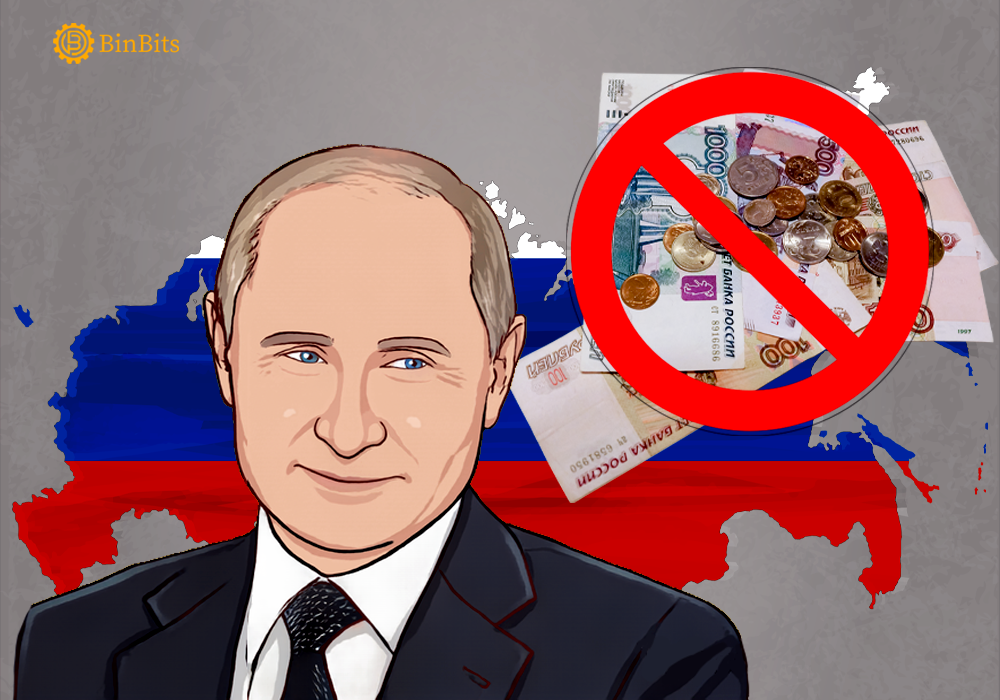 Animoca has joined the list of businesses to halt services in Russia in solidarity with numerous sanctions introduced against the country. The company whose subsidiaries include Gamee and Lympo plans to stop rendering services to its Russian users.

Unlike other crypto services like Kraken and Binance who said they won’t totally block Russians’ access to their platforms; Animoca is halting its services in the country to support international sanctions.

Vladimir Putin has signed a decree to temporarily block foreign investors from moving money away from the Russian economy. This decree aims to prevent foreigners from making withdrawals and selling assets that are worth $10,000 or above.

This statement was given by the Russian Prime Minister, Mikhail Mishustin at a meeting of government officials yesterday.

This move results from western companies like Shell and BP’s decisions to exit the country and end investments following Russia’s invasion of Ukraine. Kremlin has therefore introduced this decree to protect its economy. Russia’s decision aims to stop the withdrawal and removal of investments and funds from its economy which is already going through a difficult time resulting from numerous economic sanctions.

According to the prime minister, the temporary ban will afford foreign investors the chance to make informed and considered decisions before selling their assets. Mishustin claims the current sanctions are prompting foreigners to sell their assets due to political pressures; and not as a result of economic situations.

Like BP and Shell, TotalEnergies’ CEO, Patrick Pouyanne revealed in a tweet the company’s decision to stop funding new projects in the country; as other energy companies are also planning to end joint ventures with Russian counterparts.

Furthermore, this new decision comes after the country’s initial move to dissuade brokers from selling securities and assets; owned by foreigners on their stock exchange market.

Russia’s decision to invade Ukraine has been followed by a series of sanctions from different bodies; including the United States, European Union, etc. The effect of these sanctions on the Russian economy led to the country’s introduction of different decrees; as defense mechanisms to protect their economy.