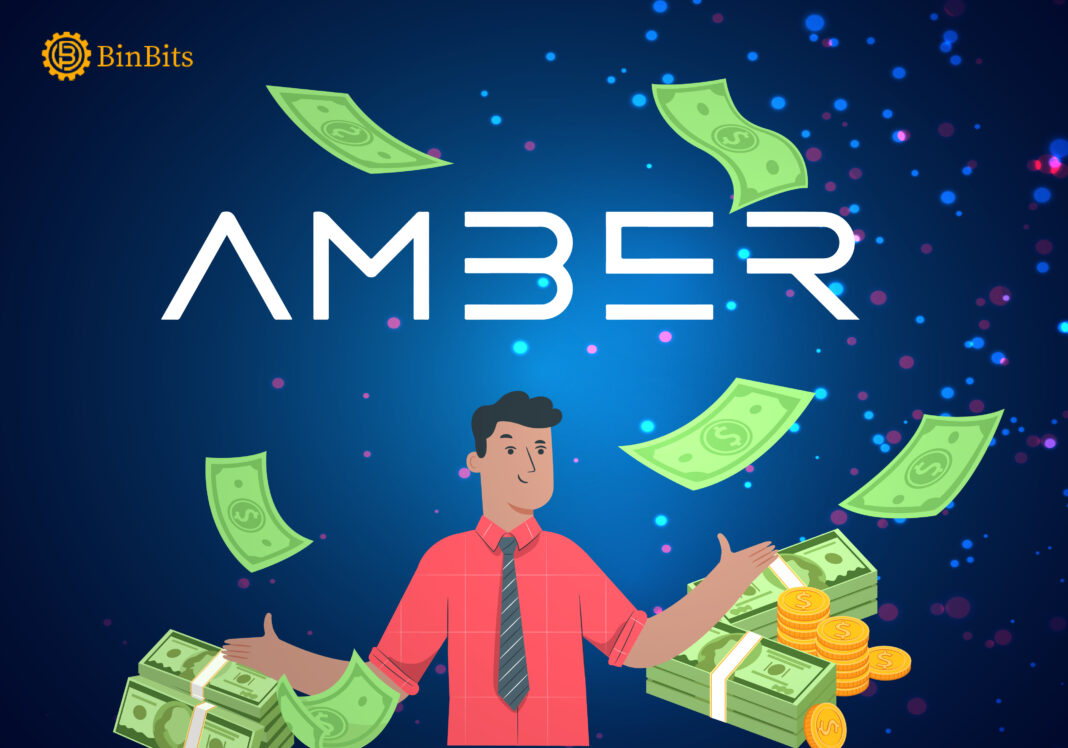 A big-money funding round has helped crypto trading firm Amber raise $200 million, thereby tripling its valuation to $3 billion. But according to the Monday announcement, the round was led by Singaporean state-owned investment company Temasek Holdings. Meanwhile, the round also had some high-orofile names in participation. They include Pantera Capital, Sequoia China, Coinbase Ventures, Tru Arrow Partners, and Tiger Global Management among others.

Recall that just last June, Amber completed a Series B round that saw it valued at $1 billion at the time. But this new investment round has now multiplied its valuation by three times. Also noteworthy is the fact that the company, currently holds $5 billion in assets under management.

Meanwhile, the company has shared that it will use part of the raised fund in hiring for key positions to support its institutional business in Europe and the Americas. In addition, the remaining parts of the fund will be focused on expanding the global reach of its consumer-centric mobile-based crypto investing platform WhaleFin.

Speaking about the successful completion of the investment round, Steven Ji, one of the partners at Sequoia China also said;

Up until this present moment, Amber Group has amassed no less than $1 trillion in cumulative trading volume. But thats not all. Despite its massive trading volume, Amber Group’s growth can be seen in both its total number of holdings, the increasing amount of funding it has rereceived.

Without a doubt, Singapore has been one of the friendliest markets to crypto investors in the region. In fact, a recent KPMG report confirmed that the city-state saw $1.48 billion from crypto-related investments in 2021alone. Interestingly, that’s 10 times the figures from 2020. But as Bloomberg confirms, only 5 of the180 firms that applied for licenses to operate a crypto business in the region since January, have been approved thus far.