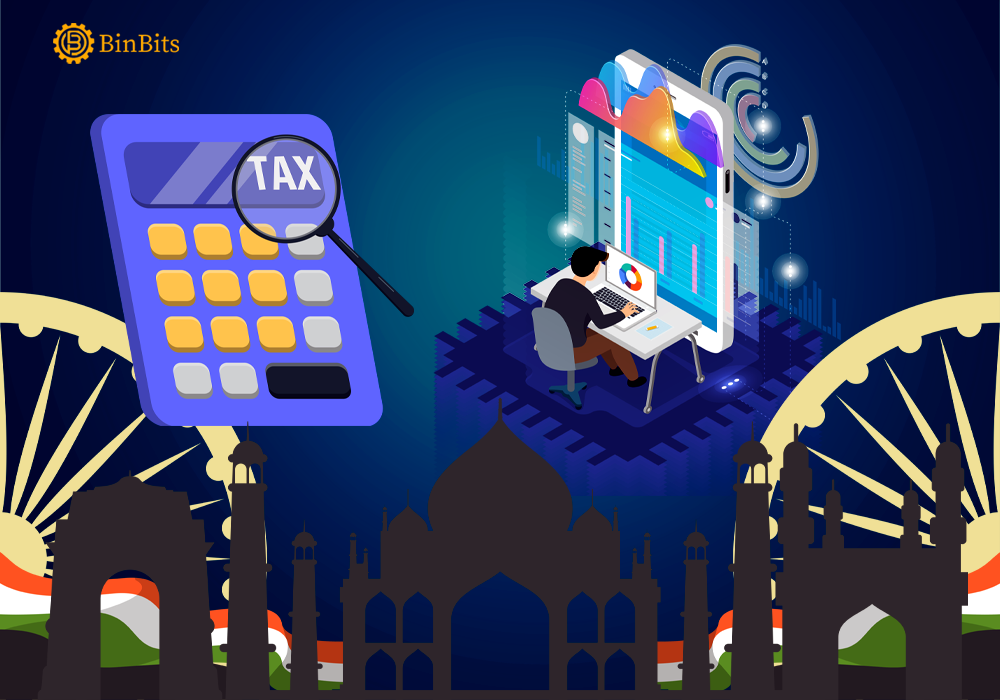 Crypto Tax and Ambiguities in India

Crypto Tax regulations have provided taxpayers with some certainty regarding the tax burden they will face if they sell their crypto assets.

The Indian government appears to be on the fence regarding the increasing internet phenomena. The decentralized financial system of bitcoin and digital currency finds swaths of passionate takers across the globe.

The BJP-led federal government organized a high-level inter-ministerial committee in November 2017. During its first term, the committee’s goal involves studying virtual currencies, their challenges, and possible solutions. Consequently, The committee got instructions from authorities to have an open mind when considering official digital currency in 2019.

As the ploy goes, Three years later, in her Union Budget statement for 2022-23, Finance Minister Nirmala Sitharaman indicated that the government would be launching one soon. She also promised a 30% tax on cryptocurrency earnings.

India is imposing a 30% tax on income generation by virtual digital assets like cryptocurrencies and NFT. The Income-tax Act of 1961 amendment includes section 115BBH for this purpose. While the taxation would enter into force on April 1, 2022, it will also apply to bitcoin transactions made during the preceding fiscal year (FY 2021-22). Other tax ramifications for virtual digital assets (VDA) include a 1% transfer tax, no basic exemptions, no set-off on losses, and no indexation advantages regardless of holding term and gift taxation.

The existing regulations under Indian tax laws do not clearly include the taxation of cryptocurrency transactions. Various equivalences in regard to its tax incidence are only based broadly on such transactions. Also, interpretations are under the existing provisions of the tax laws and court precedents.

Gains resulting from the transfer of cryptocurrency can be categorized as “business income” or “capital gains”. In most circumstances, “income from other sources” in other cases, depends on the aim of the person or parties engaged in crypto transactions.

While the government appears to have made a big decision on taxation, it is still working on a policy for the industry. There have been allegations about the government’s plans to ban cryptocurrency since it began seriously researching the market.

Because of the huge returns resulting from the volatile nature of its trade, the sector earned interest in the country. In the last several years, various crypto trading platforms are cropping up across India as crypto interests more individuals.

The government, on the other hand, is not alone in its skepticism of the sector. Former Reserve Bank of India (RBI) governor Raghuram Rajan, claimed that most cryptocurrencies have no long-term value and that only one or two will survive.

The government does have the authority to prohibit private crypto trading entirely. However, its position on the sector’s legitimacy is undetermined until it introduces a crypto bill that lays out the ultimate crypto regulation.

Prime Minister Narendra Modi spoke with stakeholders in the sector in November last year to discuss the crypto future. The cryptocurrency industry wants to get recognition as an asset, similar to gold. “We’re still not sure on how to refer to something with no underlying value as an ‘asset.'” That is one of the main reasons why regulation is taking so long. This is a whole new area for us, and it will take some time for us to grasp it,” according to a senior government official on the condition of anonymity.

Since the crypto economy has no territorial boundaries, building an effective regulatory framework requires a collective worldwide approach to crypto regulation. However, the international community as a whole has yet to agree on a universal strategy for cryptocurrency regulation. While some countries have outright restricted cryptocurrency trading, others have embraced specific cryptocurrencies as legal cash. A legal framework is even being debated in several large economies.

Currently, policymakers are currently grappling with a double problem:

How to define cryptocurrency, and

Who should govern it?

In Lok Sabha’s previous winter session, the Cryptocurrency and Regulation of Official Digital Currency Bill, 2021, was for the introduction. It was also on the agenda for the previous year’s Budget Session. It was not tabled because the government determined it needed to be reworked.

India is still waiting for a crypto bill, and with it, clarity, after another Budget session.