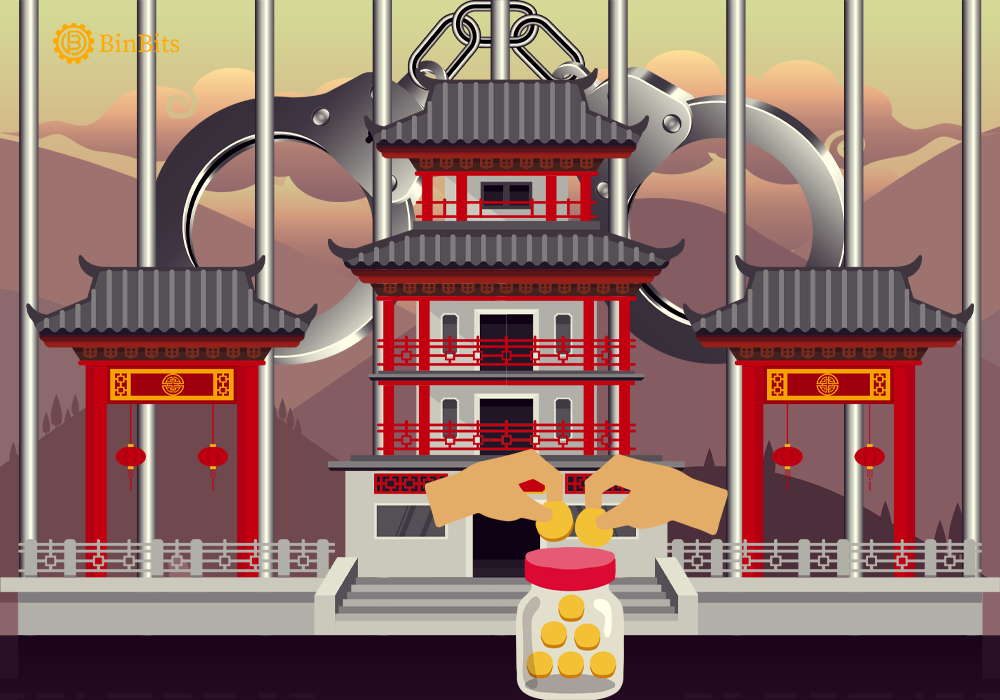 Crypto fundraising is now seen as “illegal activity and criminal offence” in China, according to a new interpretation by the Supreme People’s Court of China. This new law further adds to the stringent measures already put in place by the Chinese government targeting cryptocurrencies.

It also hopes to help prevent and protect Chinese citizens from falling into crypto-related financial scams. It also targets all kinds of fundraising and online lending platforms, as they can be charged with illegal absorption of public savings.

The new legal interpretation will take effect from March 1, 2022; as the court now has the power to sentence offenders to time in prison.

According to the court, the punishment for fundraising is dependent on the amount they raise. The punishments can however range from around three to ten years in prison, depending on the amount.

Furthermore, the court describes any amount beyond 100,000 yuan which is equivalent to $15,830 according to Google; as a large amount. It also describes funds of about 50 million yuan as “extremely huge”; and if the fundraising involves 5,000 people, it will be classified as ” extremely serious” – and can lead to the offender spending 10 years in jail.

Justifying its actions; the court hopes to maintain national financial security and stability by punishing illegal fundraisers in line with the law. It is another method by China to clamp down on cryptocurrency; under the guise of ending financial scams and money laundering.

The country which used to be a hub for crypto miners has over the years clamped down on crypto-related activities. Their most recent one before this new announcement is the criminalization of Cryptocurrency mining made in September 2021.

Although the country has been attacking cryptocurrency for years; none of those attacks had as much effect on the market as the ban on crypto mining. The Chinese ban saw a double-digit drop in the price of the pioneer cryptocurrency; and the hash rate too dropping by 50%.

It was this law that led to the migration of miners from the country, with most of them moving to the United States. According to data from the Cambridge Bitcoin Electricity Consumption Index (CBECI); the US now accounts for 35.4% of the Bitcoin network hash rate from 16.8% in April 2021 – prior to China’s criminalization of the act.