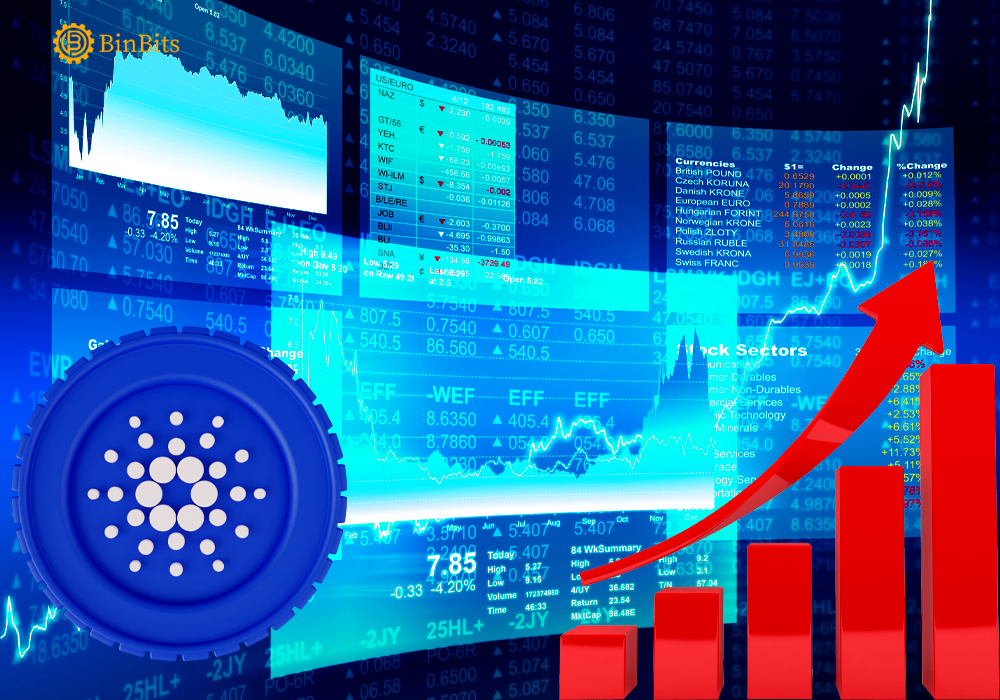 Despite falling continuously from its all-time high of $3.10, the Cardano (ADA) price has seen over 8% rise in the last 2 days, even as the general crypto market continue it’s recovery from recent lows.

In the past 24 hours, the price has seen over 2% rise, currently trading at $0.9492. But that’s not exactly why Cardano traders are expecting a breakout in ADA price from its current levels. Nevertheless, for the first time since mid-November, there’s now great expectation of a massive breakout.

According to data analysis by Santiment, Cardano’s current price levels suggest that it may be building up positive sentiments. The on-chain analytics platform shared this in a tweet where it explained that, following the recent price surge, the weighted social sentiment for Cardano (ADA) has now reached positive levels from FUD levels. Invariably, this goes to show that, from here on out, the ADA price will only see a continued rise.

Also, there’s the case that the ADA price is currently oversold. Therefore, traders are full of confidence that it’s price will continue to rise, even higher than $1.20.

Currently ranked 9th top cryptocurrency by market capitalization, and enjoying a modest +8% price boost in the past 48 hours, ADA traders are absolutely enthusiastic about the asset breaking out from current levels

Meanwhile, it’s also noteworthy that there are other factors pointing to a Cardano price increase in the near future. Presently, Cardano has almost 900 projects under development, with about 400 of those added in March.

Away from the projects, there has also been an unprecedented increase in Cardano wallets. In fact, March alone saw over a 100,000 wallets created, bringing the total wallets to 3.26 million or thereabout.

With the growing number of projects and wallets, it might be safe to expect a modest increase in prices for the cryptocurrency in the future.