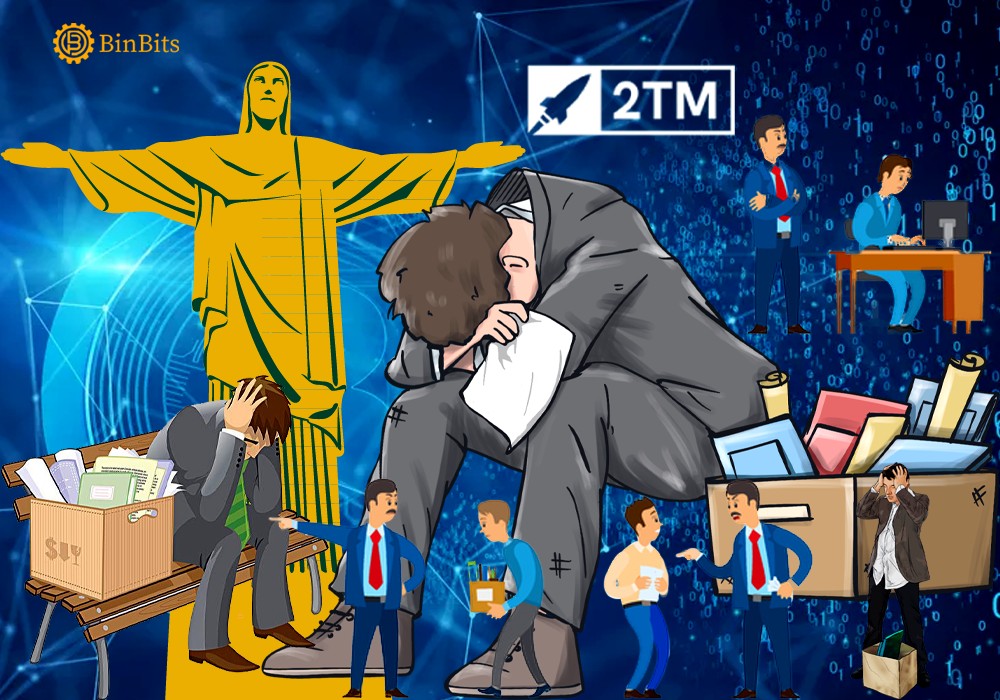 In line with the current global economic situation, Brazilian crypto firm, the 2TM group, has now joined a long list of firms in laying off some of its employees.

According to a note sent to local media Estadão, 2TM has now sacked 90 of its nearly 750-member workforce. However, the owner of the Bitcoin Market cited the recent change in the global financial scenario as one of the reasons behind its decision. The high-interest rates and inflation also play a part in the decision. And finally, the weakness of Bitcoin over the last six months has put the company in a difficult situation. A part of the note read:

“The scenario required adjustments that go beyond the reduction of operating expenses, making it also necessary to leave part of our employees.”

As the reality of the global economy continues to sink in, firms are struggling to stay in business. Therefore, 2TM’s action is not a standalone one.

The company’s cuts follow after a series of shutdowns by other ‘unicorns’ — a term that describes startups that have reached a $1 billion valuation. Some of them are; Olist, Vtex, Loft, QuintoAndar, Zak and LivUp. Each of these has had to carry out shutdowns this year. However, the cut by 2TM is the largest so far, accounting for nearly 12% of its staff. Averagely, national startups have been laying off around 5% to 7% of their staff.

Away from Brazil, it’s still a similar scenario all over the world, particularly among crypto firms. Top exchanges such as Bitso have also had to ax 80 employees, while Beunbit of Argentina sacked nearly half of its team.

Although Brazilian startups have been doing greatly post-COVID, the current financial scenario brings about unavoidable changes. And as they say, desperate times call for desperate measures.

In uncertain times for crypto, the seriesOne LIVA fund provides the hope of stability