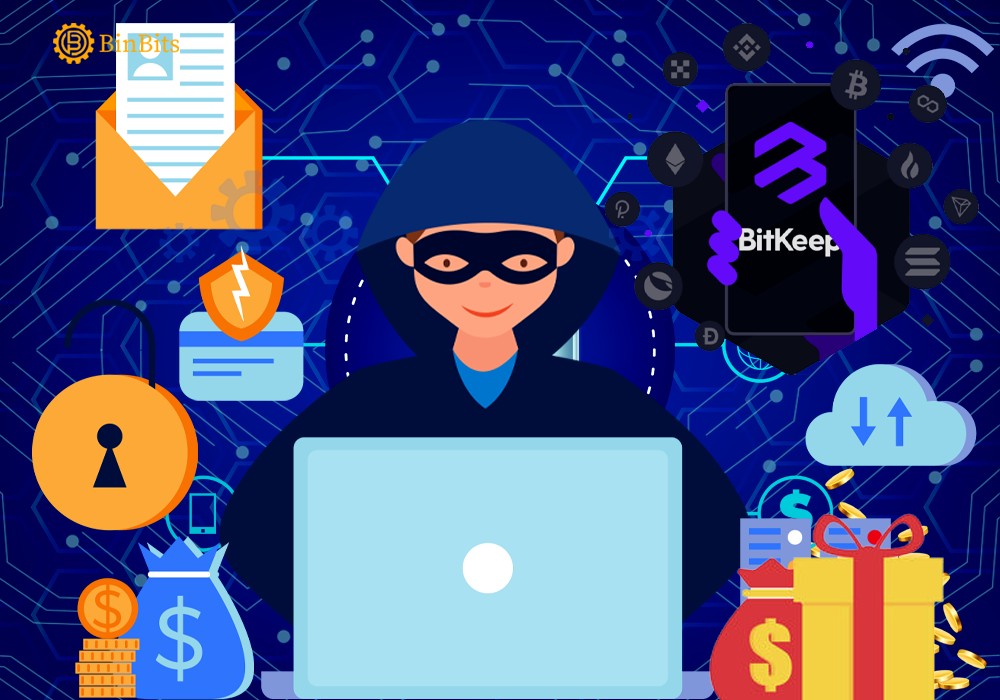 Popular cryptocurrency wallet, BitKeep has endured another exploitation on its wallet network. BitKeep confirmed the development on its official Telegram group on Monday. As announced, the hackers stole over $8m dollars worth of assets from users’ wallets.

BitKeep team said some of its APK packages became hijacked by attackers. As a result, users who installed the APK packages witnessed the transfer of funds in their wallets. According to the team, the hackers implanted codes on the APK that became hacked.

According to the BitKeep team, users who lost their funds either downloaded or updated the unreleased hijacked version. Notably, the team further urged users to transfer their funds to authentic wallets that come from sources like Google Play and the Apple App store. In addition, the team also enjoined users to use new wallet addresses as their previous addresses might have been exposed to hackers. Also, BitKeep asked affected users to submit relevant materials through the google form provided to aid the investigation.

As revealed, one of the suspected hacker wallet address contains about $5 million worth of digital assets. As of now, the hackers are still transferring funds to multiple wallet addresses. According to Peckshield, the exploitation led to the stealing of over $8m worth of Tether USDT. PeckSheild runs as a blockchain security and analytic firm.

Worthy of note that this is the second time that the crypto wallet is enduring exploitation within the last three months. Recall that in October, Binbits reported that Bitkeep suffered an exploitation which resulted in the loss of over $1 million. Then, Peckshield was the first to break the news of the exploitation. Peckshield in its announcement, advised Bitkeep wallet users to follow a series of steps to guarantee their safety.

Later, Bitkeep, in a Twitter post, confirmed the exploitation. According to the wallet, the exploitation occured on the BNB, after the hacker targeted the swap feature of the wallet. Then, the crypto wallet announced the suspension of its Swap service to prevent similar security breach on its network. Also, it reaffirmed its commitment to working with security agencies to track down the hacker.

Later, Bitkeep unveiled a redemption website for victims of the exploitation. Now, with the new redemption website, Bitkeep aims to “calculate the USDT redemption amount based on the hacker’s selling price.” According to the crypto wallet, it compiled a list of “victims based on on-chain data of that period.” The victims, as announced, were expected to get the redemption within 24 hours after filing a claim. Meanwhile, it admonished them to “help track down the hacker and recover the loss.”