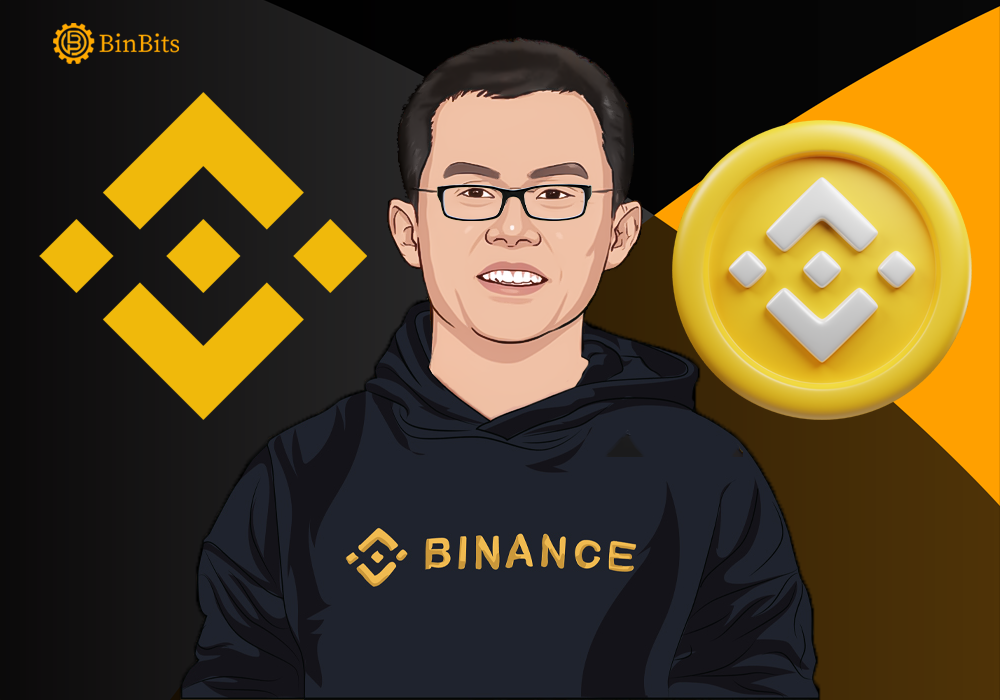 With a 2.0 Billion average daily trading volume and over 1,400,000 million transactions per second – here is how it all started for Binance.

Binance, founded by Changpeng Zhao popularly known as CZ is the largest crypto exchange in the world. It has a market capitalization of $1.3 billion above Coinbase, as of April 2021. The exchange launched in 2017 and held an ICO for its BNB Token in July of the same year. This ICO helped them raise $15 million, with most of its users being Chinese.

A few months after launching, Binance got on the list to be ranked among the top three crypto exchanges in the world. Its success started in its first six months with a rapid onboarding of users. Binance also experienced growth in the first half of 2018 as it went from having two million users to over 10 million. It also had a forecast of making $1 Billion in revenue.

That figure seems like a small one as they reportedly made about $20 billion in revenue in 2021. The exchange has a daily trade volume of over 2 Billion USD. And this is achieved through the use and availability of more than 591 trading pairs and 184 tokens.

However, the success story of Binance cannot be told without that of its founder, Changpeng Zhao “CZ”.

Even though he was already a coder with experience in the tech industry, his interest in Cryptocurrency didn’t start until 2013. In 2013, CZ met a VC with whom he played Poker and learned about Bitcoin. It was after this encounter that he developed an interest in crypto and started going around several crypto organizations.

Born in the Chinese province of Jiangsu, CZ’s parents relocated to Vancouver, Canada where he eventually studied Computer Science at McGill University in Montreal. He developed a system for matching trade orders on the Tokyo Stock Exchange and also a futures trading software at Bloomberg’s trade book.

His interest in cryptocurrency pushed him to work at Blockchain.info; a cryptocurrency wallet where he became the third member of the team. He worked alongside Roger Ver and Ben Reeves who were both Bitcoin advocates then; as the organization’s head of development for eight months. He also served as the Chief Technology Officer at OKCoin; a company that deals with spot trading of traditional currencies and digital assets.

After seeing the growth of the exchange platform, CZ also launched Binance’s own blockchain network named Binance Smart Chain (BSC). This blockchain network is recognized by experts as a major contributor to the development of the decentralized finance market.

How did Binance become successful?

Binance owes its success to three major factors. It is this three factors that distinguishes it and makes it stand out from other Crypto Exchange platforms.

Binance offers a 40 percent referral commission on each referral, everytime they make a trade on Binance. This Commission can be earned from both the Spot and Futures trading market. Binance also allows users to share kickbacks from their commission with the people they refer. The 40 percent can be divided into two, or whichever way the parties want it.

With the market capacity of $68,823,885,381, and currently valued at $416.82; BNB started as a means to generate income for the company has grown to be among the top 10 cryptocurrencies in the world. Its popularity and usage has helped build the Binance ecosystem. Another of its uses is to help users of the exchange get discounts on transaction fees whenever they use it. Also, BNB has become the primary coin to be used on all of Binance’s ecosystems.

The regular introduction of new altcoins on Binance launchpool has helped the exchange grow exponentially and gain more users. It supports altcoins created on Bitcoin and Ethereum Blockchain.