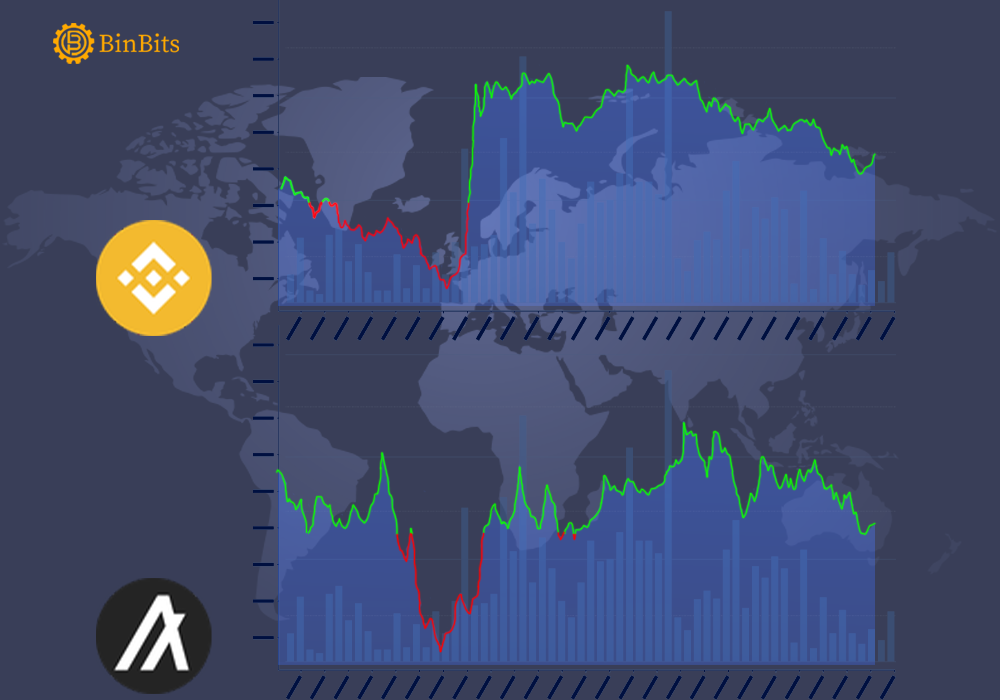 The cryptocurrency market was seen making recovery at the time of writing. A lot of altcoins had risen on their charts post Bitcoin’s recovery over the last 24 hours. Binance Coin had started to flash gains on its daily chart yesterday but at press time, BNB struggled with lateral trading. Over the past day, BNB lost about 1% of its market value.

Algorand on the other hand, continued its upward movement after a week of rocky price movement. In the last 24 hours, ALGO gained about 2.8%. The global cryptocurrency market cap was at $1.79 Trillion after a 2% appreciation in the past day.

BNB’s price however climbed above the 20-SMA line which meant that the price momentum was driven by buyers in the market. Buying strength recovered for the coin struggled in the past trading sessions however, at press time Relative Strength Index was seen above the half-line.

The Directional Movement Index was positive as the +DI was over the -DI line, which meant that buying strength picked up in the market. The ADX was below 20, which depicts a weakened trend strength which could also mean that prices could dip further.

Algorand was priced at $1 with resistance at $1.24. The support level for the coin was at $0.83. Price of the coin was seen above the 20-SMA line indicating that buyers were driving the price momentum in the market.

The coin gained about 2.8% and even though the coin showed appreciation, technical outlook indicated that there could be a potential dip in prices. The coin displayed a death cross, which occurs when 20-SMA was below the 50-SMA line.