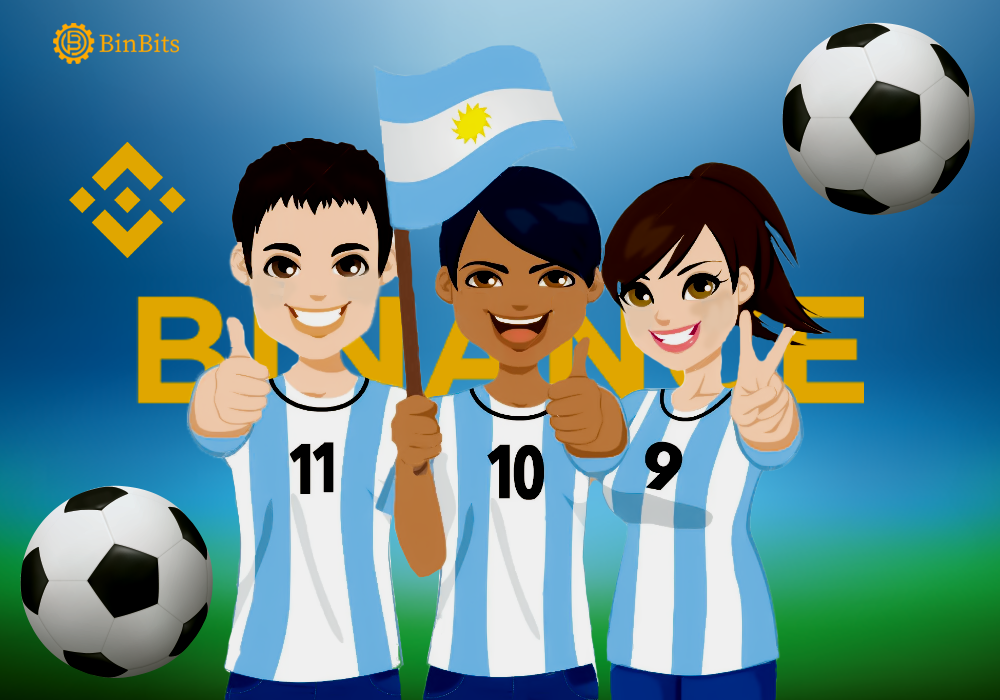 Binance Announces Partnership With AFA, Says ‘Another One in Argentina’

As the crypto and the sports world continue to join forces, Binance announced a significant development on January 24th, 2022. Binance Announces Partnership With Argentina Football Association or the AFA.

The crypto exchange platform is set to sponsor Argentina’s National Soccer Team. As noted, Binance released a statement on Monday announcing the partnership on its platform.

The company said that the Argentina Football Association and Binance would be forming an “important commercial agreement” that would last for five years.

Additionally, the commercial agreement will make Binance the Global Main Sponsor of the National Teams and Fan Tokens of AFA.

The company will also be the Naming Sponsor of the Professional Soccer League for five years.

Binance calls the partnership a ‘milestone’ for the digital asset world.

Why Is The Partnership Considered A Milestone?

This move will mark the first deal of the crypto exchange platform with a national soccer team.

Furthermore, Argentina is a two-time world champion. It has celebrity players like Lionel Messi.

As we know, the presence of football players with large fan bases means a win-win for crypto platforms looking for mass adoption.

Moreover, Binance is also the largest crypto exchange platform in the world.

It has around 15 million users. Also, the company boasts of a daily transaction volume amounting to more than $20 billion.

Another key point is that cryptocurrency was already becoming mainstream in Argentina.

Recessions and economic difficulties have driven citizens to move from local currency to digital assets.

Fan Tokens are cryptocurrencies that give fans access to various membership perks. That includes bonuses like merchandise and club-specific reward.

It is seen to deepen the relationship a fan has with the sports team.

The director of Binance for Latin America, Maximiliano Hinz, released a statement regarding the partnership.

He said that the platform hopes to “support Argentine soccer at all levels.”

Furthermore, Hinz added that the move would “raise awareness of Binance, the crypto world and blockchain” to fans in Argentina and the world.

The president of the Argentina Football Federation, Claudio Tapia, also highlighted the importance of this agreement.

Tapia says, “Binance meets all the conditions we are looking for.” He adds that the crypto platform is a global brand in its field. Tapia further says that Binance has the vision to create new digital assets.

Binance, in its tweet on Monday, addressed the partnership with AFA by saying, “Another one in Argentina.”