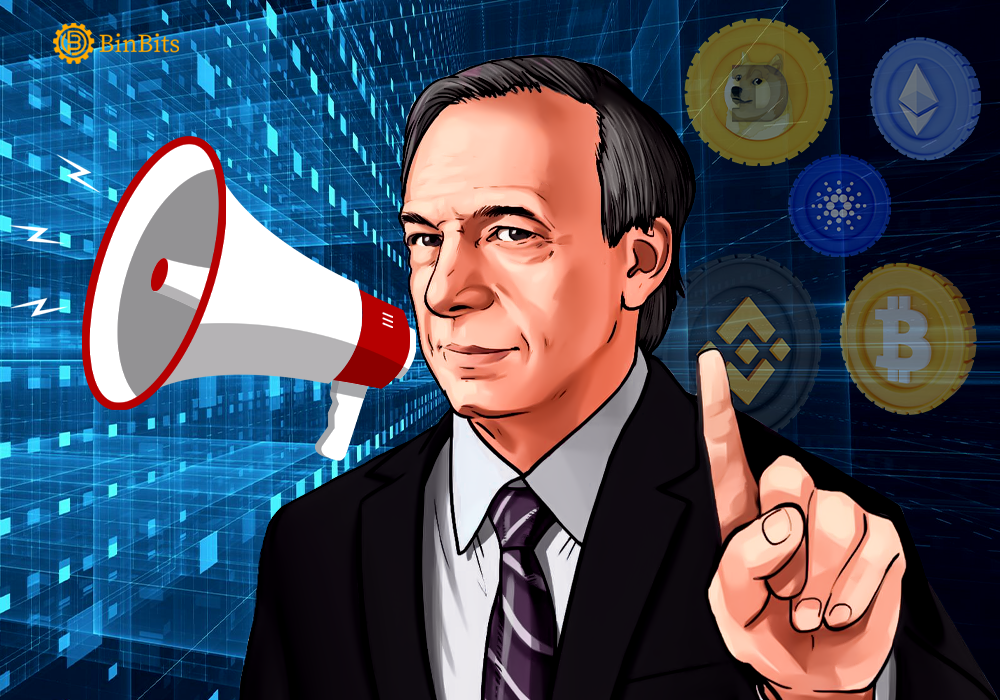 Billionaire Ray Dalio Skeptical Of Cryptocurrency, Says Asset Given Too Much Attention

Ray Dalio says that the cryptocurrency market is getting too much attention.

In his interview with businessman David Rubenstein, Dalio remains skeptical of the digital asset.

Ray Dalio is a billionaire and a hedge fund manager. He has served as the co-chief investment officer of the world’s largest hedge fund, Bridgewater Associates.

In his chat with Rubenstein, Dalio states that only a small portion of his portfolio is held in cryptocurrency. Further, Dalio said that investors should only hold 2% of their assets in Bitcoin.

These statements come when economists are warning of the risks involved with crypto.

The financial watchdog, the IMF, has warned that crypto is more connected with the stock market.

As noted by markets, more and more people are adding cryptocurrencies to their portfolios.

The trio economists have pointed out that the crypto and equity market are now moving in sync.

This means that there is a spillover effect between the two assets.

Hence, this will allow financial shocks to move more easily from the stock to the crypto market.

Additionally, the IMF has tweeted that Bitcoin and U.S. stocks are moving even more closely in the pandemic.

Further, the trio economists said that the transmission is not just restricted to the United States.

According to their research, even developing nations see similar movements between the two markets.

Also Read: Why A Bitcoin Mortgage Might Not Be In Your Best Interest

As noted, Ray Dalio has been skeptical of cryptocurrency for some time now.

Previously, the business tycoon said that if crypto gets too successful, governments will ” kill” it.

Dalio said governments would kill crypto’s success by explaining his stance, and they have many ways to do it.

Contrarily, Ray Dalio did admit that cryptocurrencies are an excellent alternative to cash. However, he also noted that Bitcoin lacks fundamental and objective worth.

With the Federal Reserve looking to push back on its fiscal stimulus, the in-sync movement between crypto and the stock market could spell trouble for investors in the future.