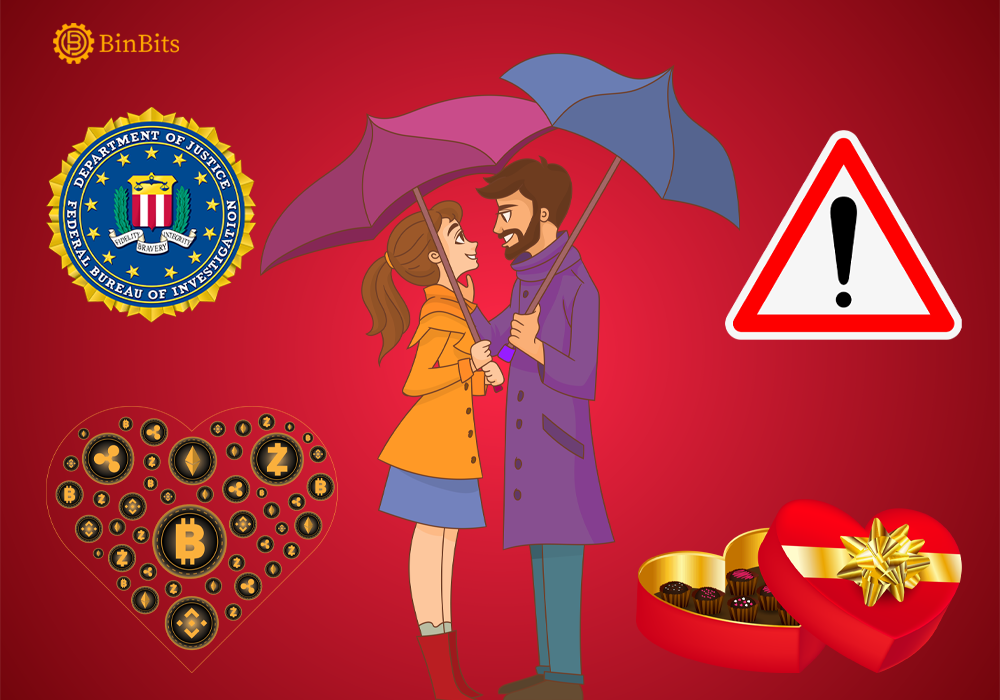 The Federal Bureau of Investigation (FBI) of the United States has released a statement warning the public against the rise of crypto-related romance scams in the San Francisco Bay area.

With only some days left until Valentine’s Day, the FBI San Francisco media office has alerted the public on the rise in romance scams. This rise was discovered as a result of the complaints received by the Bureau’s Internet Crime Complaint Center (IC3). According to the IC3, a total of 742 complaints were received in 2021 alone, in the Northern District of California. This figure is against the 720 complaints received in 2020, and the 526 complaints of 2019.

Furthermore, the report shows the loss of over $64 million to romance scams in 2021 alone; showing a rise in the $35 million lost in 2020. Overall, the IC3 got over 23,000 complaints on the topic of confidence and romance with losses totalling about $600 million.

How does it work?

A romance scam is carried out by creating fake accounts on social media and dating sites and convincing unsuspecting users to send money on the pretence of romance. Criminals can create accounts as males or females to target people.

The new trend used by criminals is to ask people to send money for investments or crypto trading. And this only happens after the criminals gain the confidence and trust of their victims.

Even though this strategy works on people of all ages, reports show the major targets are the older adults. The reports from the San Francisco Bay Area show the target age group as 60 years and above – with 193 victims and about $18 million worth of losses.

On gaining the victims’ trust, the scammer directs them to a fake website and to apply for a nonexistent investment opportunity. The scammers then ask victims to pay an amount on the website for investment with the promise of very high interest and return on investment. The scheme goes on and on with the victims getting instructions to pay new fees and charges. Eventually, the victims stop sending money once they notice they can’t withdraw their investments and the scammer ultimately stops contacting them.

How to avoid romance scams

The FBI in its bid to help protect the public has released the following procedures. This is to enable users detect and protect themselves against romance scams.