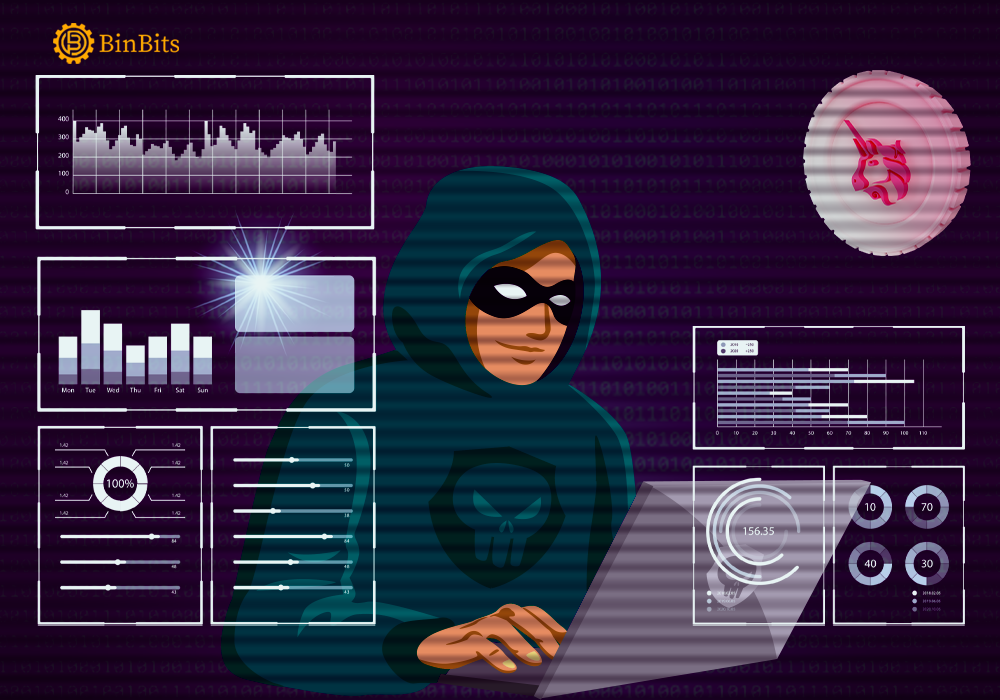 AscendEX hackers reportedly transferred funds stolen last December to a decentralized exchange, identified as UNISWAP. According to on-chain data relayed by a security research platform, Peckshield, the funds relayed to Uniswap were not unconnected to the December’s hack of AscendEX. Accordingly, PeckShield confirms the transfer of 516 either to the decentralized exchange.

Recall that suspected hackers, in December, stole $77 million from AscendEX. Most of the funds stolen are in ether, binance smart chain token and MATIC. As things stand, over 516 ether, valued around $1.5 million already relayed to Uniswap. Before now, the stolen funds remained dormant, until Friday morning U.S time.

However, many high-profile hacks recently witnessed the transfer of the funds via a mixer protocol, like Tornado cash. With this, the conveyance of the tokens to Uniswap rely on the same effect. Uniswap, devoid a KYC technique and this thus allow the tokens going into it to be mixed around with other tokens. This, thus, makes them appear clean to outside observers.

Accordingly, the addresses used in receiving the stolen funds became blacklisted with immediate effect. Ever since this manifested, no kind of laundering of the stolen fund took place until this morning.

In response to the security breach, the decentralized exchange suspended all withdrawals and deposits, citing security reasons. As reported, it took AscendEX a week before resuming operations on her platform.

The exchange moved assets not affected by the hack to cold wallets.
According to report, the largest portion of the $77 million accounted for by the relatively minor taraxa (TARA) with $10.8 million. More so, the combined shares of stablecoins USDT and USDC accounted for $10.7 million.

The Singapore-based exchange, in response to the incident, consequently, claims to serve one million institutional and retail clients. In addition, It recently gathered a sum of $50 million Series B led by Polychain Capital and Hack VC. AscendEx, which reportedly enjoy millions of subscribers, pledged to compensate all the victims fully.

The exchange firm confirmed the identification of the wallets of the perpetrators, connecting them with Binance, Bitfinex, and OKEx.

Binance in recent times have links with fraudulent acts perpetuated on the cyber space. Report insist that the platform has consistently served as destinations for stolen digital currencies. In addition, the proceeds of ransom and other crimes remained linked to binance. Just several months ago, a Japanese exchange sued Binance for ‘helping’ criminals launder 1,451 BTC. The laundered fund became stolen from the exchange, identified as Fisco. The exchange insisted the criminals took advantage of the lax registration requirements at Binance to cash out.