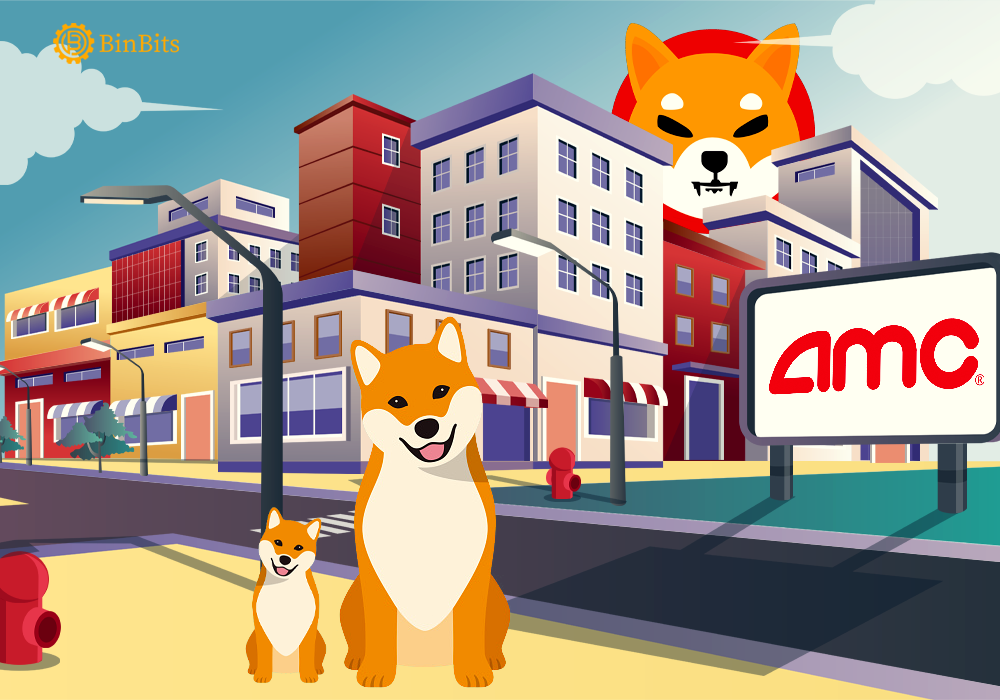 Adam Aron, CEO of Movie Theater AMC, announced the company’s plan to start accepting Shiba Inu as payment. According to him, there was a need for the company to watch and see if it would be able to gain any benefits from adopting cryptocurrencies. He claims, “only time will tell how big cryptocurrency is”.

Remember Aron previously announced through a tweet that AMC would start receiving Shiba Inu and Dogecoin. Both being popular and large meme coins by market caps; like AMC which is also a meme stock.

According to the tweet, the company’s IT unit ” says that BitPay will be live for AMC online payments on the website by March 19, and on mobile apps by or before April 16.”

With about 1,004 movie theaters in 15 nations, the company attributes 50% of its online ticketing to Apple Pay, Google Pay and PayPal.

AMC to consider venturing into cryptocurrencies

Furthermore, Aron reiterates AMC’s plans to issue its own cryptocurrency, but the plan still remains a dream; as there are no schedules yet. He claims the unstoppable change in regulatory frameworks surrounding cryptocurrencies, is the reason for the company’s late entrance into the industry.

Also that the company always wants to be on the right side of the law; hence its focus on obeying the already laid down regulations.

Moreover, the company is still celebrating its success at showing “The Batman” movie; which has yielded about $129 million in its domestic debut. AMC’s sales of The Batman movie ticket accounts for approximately one-third of the movie’s overall sales.

Sometime in 2021, AMC CEO, Adam Aron created a poll on Twitter asking the people if they want the company to start receiving Shiba Inu, popularly addressed as “the Dogecoin killer”.

The poll aims at helping the company decide whether or not they want Shiba Inu; as a means of payment for movie tickets and other purchases at the cinemas. Even though Dogecoins and Shiba Inu are already being used to buy AMC gift cards.

AMC’s journey as a meme stock started in 2021 as a result of group action of traders from the WallStreetBets group on Reddit; who were buying and influencing others to buy some particular stocks of which AMC is included. The stock continued growing after the CEO, Adam Aron; was allegedly caught not wearing pants on a live interview on Youtube.